A Hundred Years of Richard Feynman

For the 100th anniversary of Richard Feynman's birth Tony Hey author of The New Quantum Universe 2nd Edition, 2003 looks at the accomplishments and legacy of this infamous physicist as well as his personal and professional history with Richard Feynman 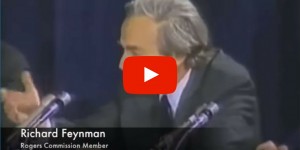 The famous American physicist, Richard Feynman, was born a 100 years ago on the 11th May in 1918, and it is worthwhile spending a few moments reflecting on what makes his achievements so enduring. To the general public, Feynman first became widely known with the publication in 1985 of a best-selling collection of stories from his life in physics called ‘Surely You’re Joking, Mr Feynman’. The title refers to an incident in his introduction to graduate school at Princeton at an event called the ‘Dean’s Tea’. This was unfamiliar territory for Feynman who had grown up in Far Rockaway, a neighborhood in the New York City borough of Queens, and who had gone to MIT for his undergraduate degree. But it was Feynman’s participation in the presidential commission to investigate the Space Shuttle Challenger disaster in 1986 that made him one of the best-known physicists in the world. At a public meeting of the Commission, Feynman famously performed a public demonstration of the cause of the shuttle disaster using a rubber O-ring, a clamp and a glass of ice water. It is still worthwhile looking at the video of the event on YouTube .

To physicists, Feynman is revered for many reasons but is probably best known for the ‘Feynman diagram’ approach to calculations of quantum field theory. Feynman’s approach to field theory calculations was pictorial and in marked contrast to the more formal mathematical approach of his fellow Nobel Prize Winner, Harvard professor Julian Schwinger. As Schwinger later said:

“Like the silicon chips of more recent years, the Feynman diagram was bringing computation to the masses.”

“Like the silicon chips of more recent years, the Feynman diagram was bringing computation to the masses.”

Feynman diagrams are now an integral part of theoretical physics. Ironically, Freeman Dyson, the person who proved that Feynman’s intuitive approach was actually the same as Schwinger’s more mathematical approach, never won the Nobel Prize although he was instrumental in getting Feynman’s space-time approach accepted by people like J. Robert Oppenheimer and the rest of the physics elite.

When I was an undergraduate student in Oxford I first came across Feynman through his famous ‘Red Books’ – the three-volume set of his ‘Lectures on Physics’. Feynman dedicated two years of his life to creating a two-year introductory course in physics for Caltech students that covered most of modern physics – mechanics, kinetic theory, electromagnetism and quantum mechanics. Although many of the students reportedly found the lectures hard-going despite Feynman’s inimitable style of lecturing, his Lectures on Physics have become a staple part of the education of much of the physics faculty around the world.

After completing a D.Phil (the Oxford equivalent of a Ph.D.) in theoretical physics in 1970, I was excited to be awarded a Harkness Fellowship to go to Caltech for two years as a post doc. Just before I left Oxford, Feynman had published a paper on ‘partons’ – an intuitively appealing picture of the proton as made-up of point-like constituents. There was also great interest in the new experimental results from SLAC, the Stanford Linear Accelerator Centre, on ‘deep inelastic scattering’ of electrons from protons. Feynman had originally only applied his parton ideas to proton-proton scattering but on a visit to SLAC he had recently given a seminar showing how the new deep inelastic scattering results could be understood using his parton model of the proton. 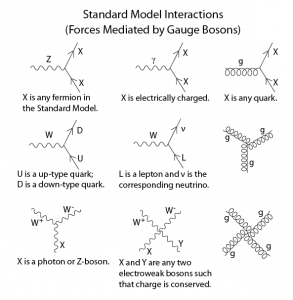 A list of the vertices that appear in Standard Model Feynman Diagrams. Higgs Boson interactions and neutrino oscillations are omitted. Feynman rule values of the vertices are also omitted. by Garyzx via wikicommons

I arrived at Caltech in 1970 feeling both trepidation and excitement and it was like moving from the slow lane to the fast lane on the freeway. At Oxford we had sort of absorbed the idea that the physics world revolved a little around Oxford, but at Caltech, it was clear that, to a first approximation, the UK, Europe and the rest of the world were largely irrelevant. This was the ethos of the theory group at Caltech with its two Nobel Prize winners, Richard Feynman and Murray Gell-Mann. In actual fact, my old professor in Oxford, Dick Dalitz, was one of the few physicists who had taken seriously the proposals by Gell-Mann, and independently, by George Zweig, then a professor at Caltech, for quarks as fundamental constituents of matter. Dalitz had developed a detailed quark model for baryons and mesons and showed that that this had remarkable power to reproduce many features of the hadron spectrum found by experiment. Despite its clear theoretical inconsistencies, Dalitz regarded his explicit quark model as similarly useful as Bohr’s equally inconsistent model of the atom. Just like Bohr’s model, Dalitz was convinced that the quark model pointed the way to some deep truths about Nature.

Feynman was never one to take other people’s calculations on trust and so he had developed his own version of the quark model with graduate student, Finn Ravndal, and post doc, Mark Kislinger. Perhaps because of his work with them, Feynman often used to have lunch with the graduate students and post docs at the Caltech campus cafeteria, universally known as ‘The Greasy’. It was here that I first heard versions of Feynman’s stories that he and fellow bongo drummer, Ralph Leighton, later wrote up for publication. The intellectual rivalry between Gell-Mann and Feynman was legendary and Gell-Mann frequently grumbled about what he regarded as Feynman’s ‘myth making’.

My most intimidating moment at Caltech was at an informal lunch-time lecture I had agreed to give to the experimental particle physicists. The group was led by new Nobel Prize winner, Barry Barish, with Frank Sciulli and they had just been awarded funding for an important experiment on deep inelastic neutrino scattering. Feynman’s parton explanation of deep inelastic electron scattering had been written up – with due acknowledgement to Feynman – by ‘BJ’ Bjorken and Manny Paschos who had both attended his lecture at SLAC. All I was going to do in my lecture was to explain how the parton model could be applied to neutrino scattering. However, you can imagine my surprise when I arrived to give my talk to see Feynman sitting in the audience. In fact, all went well until I was nearing the end of the lecture when Feynman jumped up and said:

“Stop. Draw a line. Everything above the line is the parton model – below the line are just some guesses of Bjorken and Paschos.”

What made a Feynman lecture unique? The well-known Cornell physicist, David Mermin, once said “I would drop everything to hear him give a lecture on the municipal drainage system”. Why was this? An LA Times editor captured the essence of a Feynman lecture with the words:

“A lecture by Dr. Feynman is a rare treat indeed. For humor and drama, suspense and interest it often rivals Broadway stage plays. And above all, it crackles with clarity. If physics is the underlying ‘melody’ of science, then Dr. Feynman is its most lucid troubadour.”

“A lecture by Dr. Feynman is a rare treat indeed. For humor and drama, suspense and interest it often rivals Broadway stage plays. And above all, it crackles with clarity. If physics is the underlying ‘melody’ of science, then Dr. Feynman is its most lucid troubadour.”

The article went on to say:

“No matter how difficult the subject – from gravity through quantum mechanics to relativity – the words are sharp and clear. No stuffed shirt phrases, no ‘snow jobs’, no obfuscation.”

In his Nobel Prize lecture, instead of giving a talk about the beautiful Feynman diagram framework he had created, Feynman chose to show some of his miss-steps along the way to his eventual success:

“That was the beginning and the idea seemed so obvious to me and so elegant that I fell deeply in love with it. And, like falling in love with a woman, it is only possible if you do not know too much about her, so you cannot see her faults. The faults will become apparent later, but after the love is strong enough to hold you to her. So, I was held by this theory, in spite of all the difficulties, by my youthful enthusiasm.”

What of Feynman’s legacy today? In 1981, at a conference at MIT, Feynman gave a lecture in which he asked the question “Can physics be simulated by a universal computer?” He then answered his question with the statement:

“I’m not happy with all the analyses that go with just classical theory, because Nature isn’t classical, dammit, and if you want to make a simulation of Nature, you’d better make it quantum mechanical, and by golly it’s a wonderful problem.”

Feynman then put forward an example of a quantum computer and now, over 35 years later, physicists and engineers all around the world are seriously trying to build and operate such a computer.

Finally, Feynman was always passionate about the need for what he called ‘utter scientific integrity’. In a commencement address to Caltech students in 1974 he said:

“Learning how not to fool ourselves is, I’m sorry to say, something that we haven’t specifically included in any particular course that I know of. We just hope you’ve caught on by osmosis.”

In his fine biography of Feynman, James Gleick memorably summed up Feynman’s philosophy towards science with the words:

“He believed in the primacy of doubt, not as a blemish upon on our ability to know but as the essence of knowing.”

“He believed in the primacy of doubt, not as a blemish upon on our ability to know but as the essence of knowing.” 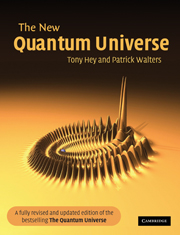