World Wildlife Day will be celebrated on March 3, 2018. This year’s theme is “Big Cats – Predators under threat.”

Tiger populations have declined by 95 percent in the past century and lions by 40 percent in the last 20 years. Other cats such as leopards, jaguars, cheetahs, snow leopards, and pumas also have suffered huge declines. What can be done to preserve big cats and other endangered species?

The answers are not simple because they are due to loss of habitat and prey, conflicts with people, poaching and illegal trade that are associated with global trends of population growth, development, technology for capturing and harvesting wildlife, and the spread of global markets for products from wildlife. Only strong persistent action by nations and international organizations can prevent the eventual destruction of big cats and other endangered species so that the few remaining will exist in zoos or zoo-like protected areas. But we need to understand wildlife politics to achieve protections for them. 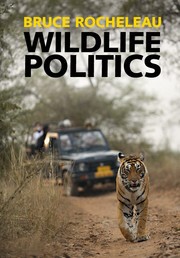 I wrote my book, Wildlife Politics (Cambridge University Press, 2017) because no previous work had examined worldwide political issues related to wildlife conservation. The book covers wildlife politics in over 67 countries and more than 45 different species. It is the intense emotions, both positive and negative, that people feel for “charismatic species” that fuels most political conflicts over wildlife. It provides a comprehensive analysis of political conflict over wildlife. Carnivores are the focus of much political strife. In India, Indira Gandhi loved tigers and initiated Project Tiger to protect them by removing humans from protected areas but her son reversed many of these policies. Similarly, Putin’s attachment to tigers also led to Russian efforts to save the big cat, though its attacks on people & their livestock have led to reprisals and poaching throughout Asia. Governments have created protected areas for gorillas in the Congo but crackdowns on charcoal trade led to killing of the apes. In Australia, human deaths due to white sharks led to their culling even though polls showed majority support for not killing them. Most fish are not viewed as charismatic but Project Seahorse helped make seahorses the first fish protected by CITES and assisted other fish by forcing ships to be more careful about their “bycatch.” Panda have been used by China as an instrument of foreign policy via their “Rent-a-Panda” program. There are differences in how countries treat species—for example, Sweden has been more tolerant of wolves than Norway.

Throughout the world, there are continual conflicts over wildlife between (often poor) rural residents who live near wildlife that threaten their lives and farms and urban populations—this is true in the U.S. as well as in developing African nations. The International Whaling Commission has been unable to solve international differences over whaling because some humans refuse to accept their use for “consumptive purposes” even if whaling is “sustainable.” There are bitter policy disputes over whether “farming” of species such as tigers and bears protects or harms the species—for example, China has policies to preserve tigers but also extensive tiger farms. In the U.S., there is a policy to “kill wolves to make them more acceptable” to those who live near them while “judicial-like” procedures have been used to “judge” grizzlies that have killed humans. There are disputes over trade in animal products such as trophies and ivory. Cross-national efforts have been developed to protect species like snow leopards. Protected areas in Africa have attracted humans and development that threatens wildlife inside the parks. The pastoralism of Maasai has helped to sustain species such as lions and elephants in Africa but their conversion to agriculturalists threatens to upset wildlife politics in Tanzania and Kenya.

My book discusses dozens of case examples of how wildlife become the focus of political debates and struggle. It covers all aspects of politics including ethical issues, implementation problems, hunting, ecotourism, and the interface between science and wildlife conservation. The book’s website provides up-to-date coverage of wildlife politics. It has links to websites with videos, photos, and stories concerning wildlife politics involving endangered species and conservation issues at https://www.wildlifepolitics.org/wildlife-links.html For example, recent links contain videos-photos-articles on starving polar bears, red wolves, arctic narwhals, the global illicit ape trade, explosives thrown at sea lions, orcas versus jet skis, Mexican wolves & their tagging, Indonesian Orangutan and threats to their habitat, and many, many more.

About the Author: Bruce Rocheleau

Bruce Rocheleau is a Professor Emeritus in the Department of Public Administration, Northern Illinois University....