An Introduction to Youth Movements and Elections in Eastern Europe 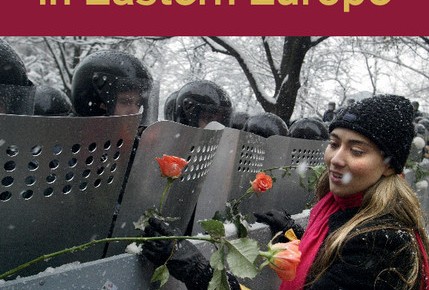 Eastern Europe has witnessed a remarkable rise of nonviolent youth movements in the early 2000s. The Serbian youtsh movement Otpor mobilized thousands of young people against the incumbent government and contributed to Slobodan Milosevic’s downfall in the wake of the 2000 elections. Within a few months of Milosevic’s electoral defeat, Belarusian youth activists set up the youth movement Zubr to press for the turnover of power in Belarus. The next year, the youth movement Kmara was formed in Georgia to demand political change. This tide of youth activism continued with the emergence of two youth movements with the same name – Pora – during the 2004 presidential elections in Ukraine.  Likewise, several youth groups were set up to call for free and fair elections in Azerbaijan. Never before has the post-Soviet region experienced such a growth in nonviolent youth movements.

This tide of youth mobilization provided a motivation for my book project, Youth Movements and Elections in Eastern Europe. In particular, I was intrigued by movement similarities, including the timing of main protests with an election campaign, free and fair elections as a major issue, and a similar repertoire of contention. I also felt that it was important to tell a story of youth’s push for political change in post-communist states. To explain cross-country differences in the level of youth mobilization, I focused on the analysis of protest tactics and state countermoves. I used in-depth interviewing as the main method of data collection. Even though several years have passed since those tumultuous events, memories of civil resistance were still fresh in the minds of many activists.

One of the missing parts in my book is in-depth interviews with government officials responsible for the execution of repressive methods against the youth movements. This limitation arises from the fact that most countries under study either failed to achieve the consolidation of democracy or grew even more authoritarian. Specifically, the political environment in Azerbaijan and Belarus is marked by incidences of state repression. The political situation in most former Soviet republics is also compounded by the government’s failure to implement a full-scale lustration in the coercive apparatus. Given the retention of many old cadres in the key positions of power, police files pertinent to gross human rights violations in the early 2000s remain inaccessible to the general public.

Struggle for democracy is far from over in the post-Soviet region. Since the completion of the book, Ukrainians have made another attempt to bring about democratic change in their home country by virtue of anti-government protests, widely known as the EuroMaidan. Now most attention is fixed on Russia, wherein the opposition politician Alexei Navalny seemed to have captured youth’s attention and brought a large number of youngsters into the street to protest against rampant corruption. We have yet to see whether Russian youth activists will draw a lesson from previous episodes of contention in the region and devise more innovative tactics to challenge the current regime.

About the Author: Olena Nikolayenko