The Wealth Paradox: the idea that prosperity makes us more tolerant is a myth according to a new book 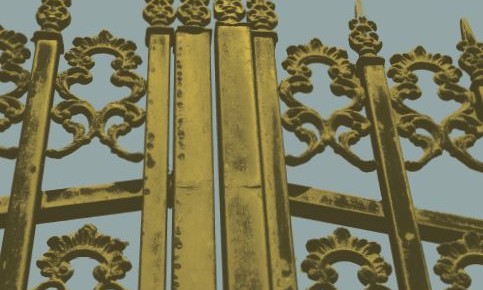 The West is currently in the grip of a perfect storm: a lingering economic recession, a global refugee crisis, declining faith in multiculturalism, and the rise of populist anti-immigration parties. These developments seem to confirm the widely held view that hardship and poverty lead to social unrest and, more specifically, scapegoating of minorities. Yet a provocative new book presents compelling evidence to show that prejudice and intergroup hostility can be equally prevalent in times of economic prosperity, and among more affluent sections of the population.

Who is more likely to vote for a political party that proposes to restrict immigration and reduce funding for refugee assistance programs: the people living in the wealthiest part of town, or those living in the poorest suburbs? And when is it that we expect strong support for a political party that intends to curb immigration drastically: after a period of economic growth and prosperity, or in the aftermath of a deep economic recession? Most of us will not have to think very long about how to answer these questions. We will be quick to point to working class voters (those doing it tough financially) as the category of voters most likely to vote for parties with a strong anti-immigration stance. Most of us will also believe that economic crises fuel support for populist parties.

It would not surprise us if we discovered that people in the poorest part of town – those struggling to make ends meet after being hit by an economic recession— are not the most generous or welcoming when it comes to minority rights or proposals to increase immigration quotas. After all, it is among this segment of society, and particularly in times of recession, that people feel most deprived and most concerned about their future. Consistent with this reasoning, there is good evidence that hardship and poverty leads to social unrest and, more specifically, to prejudice and scapegoating of immigrants and other minorities.

Yet, there is a growing body of evidence that suggest that those who are most likely to be interested in curbing immigration are not always the ones who are most vulnerable economically. Indeed, in our new book, we present robust evidence showing that prejudice and hostility can be equally prevalent among more affluent sections of the population, and that anti-immigration parties can do remarkably well electorally in times of economic prosperity. For example:

The evidence presented in The Wealth Paradox stands in stark contrast with what one would predict on the basis of current theorizing, in which inter-group hostility is attributed to ‘hardship’, ‘relative deprivation’ and ensuing ‘realistic conflict over scarce resources’. While analyses of prejudice typically focus on the anxieties of the ‘have nots’, the counterintuitive findings we argue in our book that it is time we turn our attention also to the ‘haves’. To be sure, economic hardship can trigger anti-immigrant sentiments, but we invite the reader to engage with a growing body of work that suggests this analysis is incomplete: at times it is economic prosperity that is associated with such sentiments.

How then can we explain that wealth is associated with harsh attitudes towards minorities and support for populist leaders? We show in the book that the wealthy are not without anxieties. In particular, the affluent may feel poor when they feel that austerity measures have hit them, relatively speaking, harder than others and this leads to resentment and dissatisfaction. Indeed, their lack of generosity becomes easier to understand when we consider the possibility that affluent people may feel they are not getting what they are entitled to, that they may fear a decline in status, or that they may compare themselves with wealthier individuals and feel that their wealth is not growing fast enough.

The Wealth Paradox challenges the widespread and oft-repeated assumption that economic crises provide fertile soil for popular unrest and far-right voting. It is a timely reminder that the standard explanation we now resort to when trying to explain populist party successes (e.g. the ‘losers of globalization in rustbelt areas’ narrative to explain the UK’s Brexit referendum result, or Donald Trump’s surprise presidential election victory) is incomplete, because it overlooks that populist parties attract both, voters who are doing it tough financially and voters who are more affluent. In other words, it provides a timely and important re-evaluation of the role that economic forces play in shaping prejudice. Our book also draws attention to the way in which leaders actively influence voters’ perceptions about the economy and about their personal economic and financial future. If anything, the book should serve as a stark reminder that far-right parties can succeed without an economic crisis, but also that it is not necessarily those at the bottom of the social ladder who fear immigration most.

The Wealth Paradox: Economic Prosperity and the Hardening of Attiitudes by Frank Mols and Jolanda Jetten is out now.

About the Author: Frank Mols

Frank Mols is a lecturer in Political Science at the University of Queensland. His research interests include the current rise in populist right-wing parties, anti-immigration movements, regional and separatist movements, voter attitudes, nationalism, identity politics, and identity-based leadership. His work, which brings together political scienc...

About the Author: Jolanda Jetten

Jolanda Jetten is a Professor of Social Psychology and an Australian Research Council Future Fellow at the University of Queensland. Her research is concerned with social identity, group processes, and intergroup relations. She has a special interest in marginal group membership, deviance within groups, normative influence and conformity, prejudice...

Buzz: Inside the Minds of Thrill...