Written by: Douglas A. Kibbee 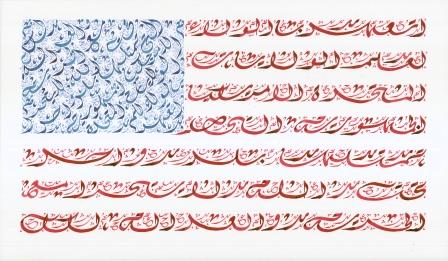 Cambridge author Douglas A. Kibbee explores the language of democracy in relation to his new book Language and the Law: Linguistic Inequality in America .

As Donald Trump fantasizes about building a wall at the Mexican border, his party has been actively building an invisible wall to exclude many citizens from the democratic process.  Language is a key factor in much of this exclusion.  These new election laws challenge the basic principle of a democratic society: those affected by laws should have a role in deciding what those laws should be.

Since the election of Barack Obama in 2008, Republican state legislatures have passed numerous bills to change voting laws.  Some laws expunge voters from the list of eligible voters.  Others require voters to present photo IDs at the polling place, limit the use of absentee ballots, restrict the voting period, or render voter registration drives almost impossible.

The new voting laws strike particularly hard the most rapidly growing segments of the minority population, American citizens for whom English is a second language.  According to a 2015 U.S. Census report, more than 60 million Americans over the age of 5 speak a language other than English in the home, almost 21% of the population.  41% of those, more than 25 million, are considered “Limited English Proficient” (LEP).

The procedures for determining who can vote, where and when, are largely determined by the states.  The Constitution is vague, though Constitutional amendments, federal legislation (Voting Rights Act (VRA), Help America Vote Act), and court decisions forbid certain types of discrimination in voting.

Discrimination continues in many forms.  Access to offices that provide approved IDs is one barrier.  In the 32 rural counties along the Rio Grande in Texas, Spanish-speakers constitute 61% of the voting age population. Only 11 of these counties have Department of Public Safety offices, and 9 of those are only open one or two days per week.  As a result, an amicus brief filed in the Veasey case estimated that 737,000 voting-age citizens would need to travel at least 90 minutes to obtain the necessary ID.  Although 1.2 million voting-age Texans lacked the required voter ID, the state issued only 371 Election Identification Certificates before the 2014 elections.  In Wisconsin, 85% (52/61) of those whose ID petitions were denied are Latino or African-American.

Voter ID laws are particularly expensive for naturalized citizens : naturalization certificates cost $345. In Wisconsin, the state was legally obligated to pay the fees for birth certificates for those seeking an ID, but failed to do so for 20 months – until the beginning of a federal trial challenging the election law changes.

Lax enforcement of already weak rules concerning bilingual ballots and voting materials adds another level to the wall.  Language assistance measures in the Voting Rights Act (Sections 203 and 208) do not apply to significant new language minority groups (Haitian- and Arab-Americans), do not cover many jurisdictions with significant LEP populations, and are often ignored.   Minimal attempts at compliance include the use of “Google translate” to provide information: Glenn Magpantay reports that in 2012 the Chinese instructions of Cook County (IL) asked voters to provide the “last four nuclear submarines” instead of the last four digits of the Social Security Number.   Kenosha County (WI) provides no Spanish-language information even though 12.2% of the population is Latino (2014 Census Bureau).

For one hundred fifty years, the general tendency of American voting laws was to increase participation. In every legislative initiative since 2000 the supposedly neutral arguments for limiting suffrage have been the same: the potential for voter fraud and the efficiency of voting logistics.

Certified cases of voter fraud are extremely rare: in the Wisconsin trial the supervisor in charge of fraud investigations in elections could not recall a single instance of voter fraud. Closing or restricting the hours of polling stations affects hourly wage, that is, lower-income, voters much more than others.  These voters are also less likely to have a government-issued ID, more likely to have changed residence between voting cycles, more likely to register through voter registration drives, and more likely to need assistance in a language other than English.

In July 2016, rulings by Federal District judges in Wisconsin and by Federal Circuit Courts of Appeal for Texas and North Carolina struck down many provisions of the new laws.  Focusing on racial discrimination, the courts have issued injunctions that will prevent their application in the 2016 elections.

Racial discrimination is forbidden, but linguistic discrimination is not.  None of these decisions considers lax enforcement of minority language provisions of the VRA, or the concerns of non-Latino language minorities, a rapidly growing segment of the population.

Many of the new laws were enacted in “swing states” (Ohio, Wisconsin, Florida, Virginia), or states that could swing if minority voters had full access to the polls (Texas, North Carolina).  Partisan advantage is the real issue:  the voting law changes since 2000 have targeted voters most likely to vote Democratic.  Polls have predicted that Asian-American and Latino voters will vote overwhelmingly Democratic in the 2016 elections.

Purposefully suppressing voter participation is not only anti-Democratic, it is anti-democratic.  Restrictive voting laws are but one of many ways that Republicans have already erected an invisible wall blocking full participation in American society.

About the Author: Douglas A. Kibbee

Douglas A. Kibbee is Professor Emeritus in the Department of French at the University of Illinois, Urbana-Champaign and the author of Language and the Law: Linguistic Inequality in America (2016), For to Speke Frenche Trewely (1991), co-author of French: A Linguist...