Questioning the “Crisis” of Journalism 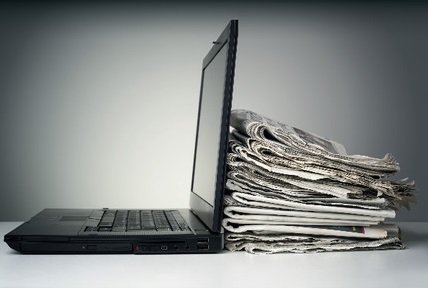 We’ve all seen the headlines. Newspapers are forced to downsize. Investigative news stories are fewer and farther in between, while journalists produce “click-worthy” articles meant to perform well on news aggregation sites, Facebook, and Twitter. The crisis of journalism in the digital age has captured the interest and concern of communication scholars and sociologists.

Featuring new studies from scholars hailing from communication and journalism schools and sociology departments in the United States and Europe, The Crisis of Journalism Reconsidered brings a dramatically different perspective to bear on the “crisis.” Most of the recent literature devoted to the crisis of journalism has been one-sidedly focused on technology and economics. Consequently, commentators weighing in on the crisis have been gloomy in their predictions for democratic, professional journalism in a digital future.

Through studies from different theoretical traditions and using various methodologies, contributors to the new volume argue the opposite. From rich ethnographic studies to survey and close textual analysis, authors uncover professional ideals and narratives that offer creative pathways to sustain professional journalism in new forms.

The Journalist in the 21st Century

Spotlight, winner of the 2016 Academy Award for Best Picture, tells the story of investigative journalists for the Boston Globe who investigate sexual abuse of children by Catholic priests, which was known to the church and never prosecuted. The film’s portrayal of reporters’ lives 15 years ago feel far in the past. Spotlight depicts the moment just before Twitter and even before smartphones enter the newsroom and change journalists’ practices in ways highlighted in several chapters of The Crisis of Journalism Reconsidered.

Spotlight could make viewers nostalgic for a last, great moment of journalism. Yet, The Crisis of Journalism Reconsidered challenges us to see that the journalistic values that motivated Bob Woodward and Carl Bernstein to investigate Watergate in the 1970s and animated the Boston Globe reporters in the early 2000s are the same professional commitments that endure today. Indeed, the professional commitments of journalism give vocabulary and moral weight to the responses to new technologies and financial realities.

Journalists today are committed to objectivity, to rendering the news of the day free from bias. And journalists strive to produce news stories with depth; the profession still celebrates journalists who do. As studies in The Crisis of Journalism Reconsidered show, journalists interpret and evaluate blogging, Twitter, and other new tools according to how well they support the professional ideals of journalism, or undermine them.

In their own way, each author presents how recent technological change and the economic upheaval it has produced are understood according to longstanding cultural codes of professional journalism and democracy. It is this cultural framework that actually transforms these “objective” changes into a crisis of journalism. Only because journalism is meant to be objective, unbiased, timely, and accurate are we concerned that new technology and financial realities threaten the news.

It is these very enduring moral codes that hold the key to the future of journalism. The objective rendering of information, even when the reporting is critical toward the state and other powerful institutions, remains the lodestar of journalism. Anxieties about the “crisis” of journalism, authors in the new volume show, offer the opportunity for journalists, readers, and scholars to recommit to enduring moral codes, and sustain them in new ways.

In his chapter, “The crisis in news: Can you whistle a happy tune,” preeminent social historian of the news Michael Schudson predicts: “Printed newspapers will in time, possibly a very short time, largely disappear.” For many news watchers, that prediction causes great concern. However, the studies in The Crisis of Journalism Reconsidered offer a different vision of the future of the news. Newspapers may largely disappear, but professional journalism endures, perhaps even stronger than ever.

About the Author: Jeffrey C. Alexander

Jeffrey Alexander is a leading social theorist who helped create the contemporary field of cultural sociology. He has written and edited dozens of books, among them The Meanings of Social Life, Trauma: A Social Theory, Performance and Power, The Civil Sphere, The Dark Side of Modernity, and Obama Power (with Bernadette Jaworsky). His books and arti...

About the Author: Elizabeth Butler Breese

Elizabeth Butler Breese is a sociologist who works with high-growth technology and education companies. She has published media, public sphere, and celebrity research in several sociology and communications journals and has been called on to comment on social media trends in The New York Times, Wired, and AdAge. She is currently Marketing Director ...

About the Author: María Luengo

María Luengo is a journalist and a lecturer in the Department of Journalism and Communication at Carlos III University, Madrid. She researches and writes about journalism, culture, and civil sphere. Her latest book, Periodismo social (Social Journalism), coauthored with Juana Gallego (2014), interprets developments at the nexus of social trends an...