How much smarter will we be in 100 years? 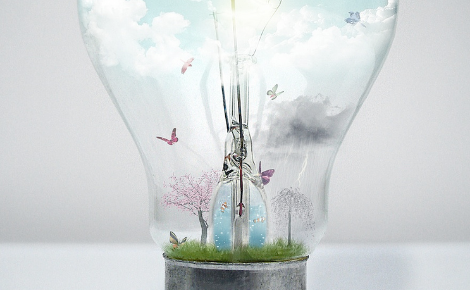 Three Cambridge University Press authors and leading experts on Intelligence take on our virtual roundtable on 'Human Intelligence'. In the Final week of the six part series asks the question 'What does the future hold in the research of intelligence? How much smarter will we be in 100 years’ time?'

What does the future hold in the research of intelligence? How much smarter will we be in 100 years’ time?

Instead of IQ, we should focus on how to realize the potential modern minds already possess.

The modern world asks us to take the hypothetical seriously and use logic to analyze principles.  When Martin Luther King marched in 1955, young men had dialogues with their parents.  ”What if you woke up tomorrow and had turned black?”   Reply: “That is just dumb, who do you know that turned black overnight?”  Question: “If a war killed so many foreigners to save 3,000 Americans, would you fall off the boat at 10,000 or 100,000 or one million?”  Reply: “That is not my concern, their government protects them and our government protects us.”  My father simply did not take the hypothetical seriously, but today we do.

We have better moral reasoning, but need more than “good hearts”.  Forty-nine per cent of US high school seniors (2001) read little or nothing for pleasure; for university seniors (2005) the figure was sixty-three per cent.  We send troops to the Middle East and have never read a history of the area or its literature (which tells us something about the people who live there).  We are bombarded with internet “information” but lack the skill to make sense of it:  simple concepts that lie behind understanding elementary economics, what goes on in international politics, and what is bad moral argument.  My test (Flynn’s Index of Social Criticism) showed that the graduating class of a distinguished US university had no critical understanding outside their vocational field.  We should start measuring these things and do something about them.

Smarter?  The Flynn effect shows that IQs have increased over time.  But have people actually become smarter?  The challenges of terrorism, climate change, war, hunger, diverging incomes, immigration, and the like have not gone away over time. If anything, they have gotten worse.  So we have a “smart” world on the verge of destroying itself.  Will the world still be here in 100 years’ time?  When I lived in Oklahoma, the main worry was tornadoes.  I experienced no earthquakes. Now, as a result of fracking, Oklahoma has more earthquakes than California. In many Asian cities, people barely can breathe the air.  Many countries that 20 years ago did not have dictatorships now do.  We are making a mess of the world for lack of wisdom, in part because we are so stupid as to rely on IQ tests and their surrogates (ACT, SAT, etc.) to make decisions about who should have educational and leadership opportunities.

The laugh is on us: We have been so stupidly fixated on IQ that we have ended up with a bunch of leaders who have gone to prestigious universities and had high test scores—but who are leading the world to destruction.

If we don’t really get smart, perhaps we will leave our inheritance to some other species.  Some people ask why extraterrestrials have not visited the Earth. Perhaps it is because as they got smarter, they became more foolish, and ended up blowing themselves up before they had interstellar space travel. We certainly are on the road, at the same time we commend ourselves for our rising IQs.  We have become the blind leading the blind, and that includes many of the scholars in the field of intelligence who have glorified IQ while watching those with the most of it making the world an ever-worse place in which to live.

I believe we are entering a Golden Age of intelligence research that will lead to ways to dramatically increase intelligence based on a neuroscience understanding of the brain mechanisms that are relevant for general intelligence and for specific mental abilities like mathematics and music, to name only two. In the near future, neuroscience may help reduce the widely acknowledged education achievement gaps much more dramatically than any social efforts tried so far. In a sure-to-be controversial part of my book I introduce the concept of neuro-poverty to emphasize the relationship between intelligence and economic success in the modern world, and the role genes clearly play in the development of intelligence. A hundred years from now, methods to create all kinds of geniuses might be commonplace if the methods are available to everyone fairly. This is no small public policy problem. It is why an understanding of the neuroscience of intelligence is not arcane. There are important educational, social and national implications that cannot wait a hundred years. The pace of progress is so fast that we may see profound implications in a decade. If there is one message in my book, it is that neuroscience research on intelligence is advancing rapidly. It’s time to think about where it’s going and what it means now.

Week 1 – Can We Define Intelligence?

Week 2 – What role does neuroscience play in understanding intelligence and our capacity to learn?

Week 3 – What role do IQ tests play in measuring intelligence?

Week 5 – How can current research inform the development of new methods to assess intelligence?

Week 6 – What does the future hold in the research of intelligence? How much smarter will we be in 100 years’ time?