Schumann and Sanskrit: How Universally Does Music Communicate?

In the third of a series of articles, author John MacAuslan continues to explore how music speaks to people.

We have been discussing music with Schumann’s Music and E.T.A. Hoffmann author John MacAuslan.

This week, MacAuslan highlights an unexpected connection between Schumann and the British Raj.

Is music a culturally-constructed language like all spoken languages?

This isn’t a new issue.

Novalis, writing in a notebook in south-eastern Germany in the late 1790s, took a firm view on music’s universality:

‘The language of music is universal. It… feels so right, so familiar, so ancestral that for brief moments the mind is in its Indian home.’

A decade earlier, in London, Sir William Jones had suggested a common root for Sanskrit, Greek and Latin:

‘The Sanscrit language, whatever be its antiquity, is of a wonderful structure; more perfect than the Greek, more copious than the Latin, and more exquisitely refined than either, yet bearing to both of them a stronger affinity…than could possibly have been produced by accident; so strong indeed, that no philologer could examine them all three, without believing them to have sprung from some common source….’

He mooted a relationship too to Gothic and Persian. His 1788 lecture is often cited as the beginning of comparative linguistics and Indo-European studies.Actually, others had made similar observations over a hundred years before – in some ways more accurately. But his main predecessor was an obscure missionary, whose work was suppressed by the Jesuits, not a grand panjandrum of the proto-Raj. 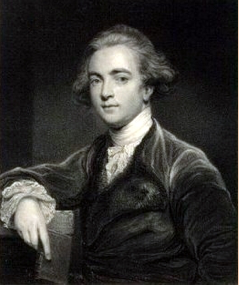 There was a familiar Jewish and Christian tradition of ‘the language of Adam’: the language in which things were named as they were. After Babel, that primal language was supplanted by languages in which sign and signified bore an only arbitrary relationship.

So it was easy to swallow the idea that Sanskrit was not just an ancestral language, but a primal form of direct, universal communication prior to all languages – or at least something close to that.

Novalis died in 1801, his thoughts unpublished until his friend Tieck edited and published many of them in 1802 – the only version known to Hoffmann and Schumann. Though Tieck omitted ‘Indian’, it made no difference: Novalis’ point was so tempting that even so Hoffmann was able to talk of music as ‘Nature’s Sanskrit’.

‘At home’, yes: but a ‘universal’ home? Well, that was the young Schumann.

Did he ever escape that (over-)enthusiastic presumption? He came to realise that music speaks to him in ways other people didn’t recognise. Did he also become more sceptical, more sober, on this question of universality?

The issue hasn’t gone away.

Today too, it’s easy to imagine that languages are all cultural constructs; but it may be harder to persuade your instincts that the electrifying musical rhythm, the heart-wrenching harmony is equally culturally-specific – even if your head thinks so.

Next week, we will explore how Schumann was constantly surprising audiences with his strikingly different compositions.