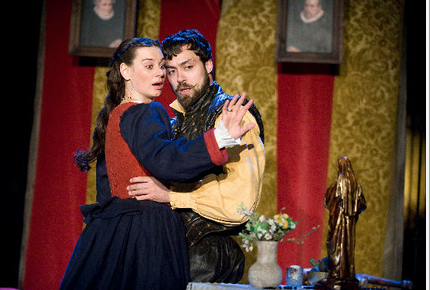 Shakespeare scholar Peter Kirwan looks at some of Shakespeare's lesser-known plays and at how historical assumptions have shaped the construction of the Shakespeare canon.

Anniversaries invite us to remember. In 2016, the four hundredth anniversary of Shakespeare’s death, Shakespeare is being celebrated in many different ways, from jazz funerals in New Orleans to film festivals along the Thames to a whole year of concerts and newly translated performances in China. All these events celebrate the legacy of Shakespeare and participate in collective acts of remembrance.

But any act of remembrance is selective, and 2016 offers a good opportunity to remember that the legacy of Shakespeare has also involved acts of forgetfulness, deliberate and accidental. The Shakespeare that we experience now in our libraries and theatres did not arrive fully formed but was consolidated over four centuries of discussion, conflict, prejudice, preference and research.

My book, Shakespeare and the Idea of Apocrypha, is interested in the bits of Shakespeare that have gradually been left out as part of these historical processes. Take, for instance, the play, The London Prodigal. The play has almost no modern performance history, and even established Shakespeare scholars are unlikely to have read it. Yet the play was first published in 1605 as being ‘plaide by the Kings Maie-sties seruants. By William Shakespeare’. We know, then, that this play was at the very least being sold as Shakespeare’s during his lifetime; and, if the title page is accurate, was also being performed by his playing company.

The London Prodigal is not part of the legacy of Shakespeare, in that it is mostly forgotten today. This is largely due to the universal agreement of attribution scholars that the play is not by Shakespeare. The assumption is that the play was falsely attributed to Shakespeare, perhaps as a sales tactic, or perhaps acknowledging some other Shakespearean connection, now lost.

When we see a Complete Works of Shakespeare on bookshelves today, its contents are usually those which scholars agree that Shakespeare wrote, in part or whole. But this canon did not arrive fully formed. While the First Folio of 1623 compiled 36 plays (missing out certain now-canonical plays such as Pericles and The Two Noble Kinsmen), from 1664 to 1723 all of the major editions contained 43 plays, including The London Prodigal and other now-neglected works such as Thomas Lord Cromwell, The Puritan and Locrine. In fact, depending on how one counts, some seventy plays not found in the First Folio have been attributed to Shakespeare over the last four centuries.

A major scholarly shift of the twenty-first century has been to resuscitate interest in the forgotten parts of Shakespeare’s history. Attribution scholars have re-evaluated some plays such as Arden of Faversham and now consider them to be Shakespearean collaborations. Theatre historians have read others, including The London Prodigal, as key parts of Shakespeare’s repertory. And the revolution in book history has asked what it meant for readers at different points of history to pick up these books and read them as Shakespeare’s. In reviving these narratives and experiences, we have the opportunity not just to remember our own, received Shakespeare, but to look at him afresh in the light of his forgotten history.

Shakespeare and the Idea of Apocrypha: Negotiating the Boundaries of the Literary Canon is out now.

About the Author: Peter Kirwan