Damage from the 2010 earthquake in Port-au-Prince

A Q&A with Robert Yeats

The author of Earthquake Time Bombs answers our questions about earthquake preparedness, regions at risk, and why the alarm needs to be raised. 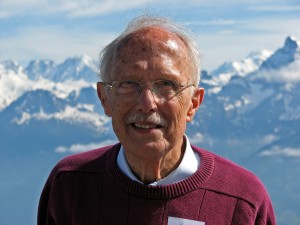 What motivated you to write Earthquake Time Bombs?

I did an interview for Scientific American at the beginning of  January 2010 in which I identified Port au Prince, Haiti, as an earthquake time bomb: capital of the poorest countries in the western  hemisphere with an exploding population, next to a plate-boundary active fault that had last ruptured in the eighteenth century. A week later, the time bomb went off, and the interview went viral. No, I didn’t predict the earthquake, but I then realized that as an earthquake professional, I have a moral obligation to spread the word to people living in the time bombs and not restrict my writing to specialists like myself. I hope that the book will save lives.

Since your book was written, there have been devastating earthquakes in two of the regions you identified as under threat (Nepal and Afghanistan). Have these tragedies served as an adequate alarm bell for the rest of the world?

The two earthquakes got a lot of publicity, but it lasted only a few days, and then the general public moved on to other issues. I had worked in both Kathmandu and northern Afghanistan, and my background told me that neither earthquake was a surprise, although their timing was not predicted. In my Afghanistan project, I met a lot of Tajik families who couldn’t catch a break, but still were among the most warm-hearted and generous people I have ever known. They deserved better.

The Nepal earthquake was covered in one of the chapters of my book. I had been to the Khumbu Icefall and worried about an earthquake striking climbers trying for Everest. As a former mountain climber, I found the story was heartbreaking.

Tell us a bit about a success story in earthquake preparedness. What can at-risk regions learn?

Istanbul, Turkey, which is the subject of one of the chapters. The eastern suburbs of the city were heavily damaged by an earthquake in 1999, after which the Turkish government, assisted by scientists and engineers, made funds available to retrofit apartment buildings similar to those that took so many lives in 1999. The city is under an earthquake watch, and it is likely that their advance planning will soon be put to the test.

Kathmandu is covered in the book. The losses were horrible, but they were much less than a previous earthquake in 1934. This is partly due to preparation by Nepali scientists and engineers, assisted by a non-profit organization called Geohazards International and a local organization that has helped other countries in earthquake preparation.

What is the most important step that citizens in harm’s way can take to prepare for the next big one?

My book can point out the danger to rapidly growing cities, but I can’t predict when the earthquake will strike. Residents of time-bomb cities must take the threat seriously and come up with the resources to cut their losses when the earthquake strikes. This affects cities like Caracas and Tehran, but it also affects the Pacific Northwest, where I live. Who pays for retrofitting, when the building owner can’t count on increased revenues from a retrofitted structure? Can owners factor in the cost in lives lost from a destroyed building?

Don’t miss the interactive map of cities at risk when the next Big One strikes.