Confronting the Internet’s Dark Side

Raphael Cohen-Almagor, the author of Confronting the Internet's Dark Side, explains his motivation for exploring the dangerous side of the world wide web. His new book is the first comprehensive book on social responsibility on the Internet. 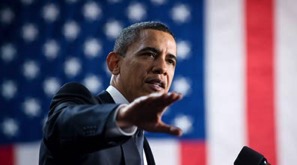 On July 16, The Washington Post published an op-ed by former Reddit CEO Ellen Pao who suffered one of the largest trolling attacks in history. Pao resigned her position saying that the trolls are winning the battle for the Internet.

Last February, President Obama delivered a speech at Stanford in which he said that while he probably leans more toward strong computer data encryption than many in law enforcement, he also understands investigators’ concerns over the matter because of their need to protect people from attacks. Obama suggested having a “public conversation” about the issue because “the first time that attack takes place in which it turns out that we had a lead and we couldn’t follow up on it, the public’s going to demand answers… it’s not as black and white as it’s sometimes portrayed.”

How do we, as individuals and as a society, protect against dangerous expressions online?

These words are in the same spirit of my book.

Confronting the Internet’s Dark Side is the first book on social responsibility on the Internet. The book aims to strike a balance between the free speech principle and the responsibilities of the individual, corporation, state, and the international community. This book brings a global perspective to the analysis of some of the most troubling uses of the Internet. It urges net users, Internet service providers, and liberal democracies to weigh freedom and security, finding the golden mean between unlimited license and moral responsibility. This judgement is necessary to uphold the very liberal democratic values that gave rise to the Internet and that are threatened by an unbridled use of technology.

Thus, freedom of expression is of utmost importance and value but it needs to be weighed against the no less important consideration of social responsibility. The Internet is open to use and abuse. As it provides a platform for violent, hateful, and antisocial behaviour including terrorism, cyberbullying, child pornography, hate speech, and cybercrime, we need to ask ourselves: How do we, as individuals and as a society, protect against dangerous expressions online?

The Internet is not the problem. The problem arises where it is utilized to undermine our well-being as autonomous beings living in free societies

If social responsibility on the Internet is to be implemented, discussions will need to focus on how and why one can draw limits on what one does on the Internet, as well as what ISPs and countries can do with the Internet. The Internet is not the problem. The problem arises where it is utilized to undermine our well-being as autonomous beings living in free societies. This study focuses on articulating possible solutions to specific problems and on providing a framework within which these problems can be identified and resolved by accentuating the concepts of moral and social responsibility. It strives to suggest an approach informed by the experiences of democratic societies with different norms and legal cultures; one that harnesses the strengths and capabilities of the public and the private sectors in offering practical solutions to pressing problems.

Why have I written this book?

Upon completing my book The Scope of Tolerance (2006), some people argued that some aspects of this book are no longer relevant as the Internet has changed everything; that its invention requires new rules of the game for questions relating to freedom of expression and its boundaries. I became enthralled as I thought the Internet is a variation on the theme, a different dress for the same lady, if you like, but not a different lady altogether. I decided that my next big project will concern the Internet.

I am intrigued by boundaries: of liberty and tolerance (I worked with Isaiah Berlin and Geoffrey Marshall), of freedom of expression (with Presidents of the Israeli Supreme Court Meir Shamgar and Aharon Barak as well as with Eric Barendt and Cliff Christians, among others), of liberal intervention in illiberal affairs of cultural minorities (with Will Kymlicka and Lord Bhikhu Parekh). Much of my scholarship strives to achieve a balance between competing rights and interests.

At the outset, it was clear to me that I cannot possibly tackle all the problematic information that we find on the Internet. I asked myself: What troubles you (me) the most, and what issues may present a compelling case for social responsibility? If I am able to reach some conclusions and suggestions about the dealing with some highly problematic issues, maybe the discussion can then serve as a spring-board to drive forward a motion for Net social responsibility. After long and careful probing I decided to concentrate attention on violent, anti-social forms of Internet expression: Cyberbullying, hate speech and racism, use of the Net by terrorist organizations, crime-facilitating speech, and child pornography.

Confronting these issues is no small feat. The dark side of the Internet is dark indeed and secretive. Security means to tackle it are no less confidential. Fortunately, I received a fellowship at the Woodrow Wilson International Center for Scholars. This wonderful research center provided perfect conditions to tackle those highly problematic and confidential matters. Lee Hamilton, Mike van Dusen and Lee Rawls provided invaluable assistance and opened doors for me. Without their support, this book could not have been published in its present informative and highly detailed format.

The solutions proposed in this book are likely to provoke discussion and debate, in the spirit of deliberative democracy mechanisms that involve the public. In light of the detailed stories concerning hate sites (toward groups or humanity in general), webcam viewing of actual suicides, the exponential growth of child pornography, Internet-based terrorism and crime, it is hard to fall back on knee-jerk First Amendment responses. The book makes a forceful case for greater social responsibility on the part of Internet service providers and all who surf the Web. Calling on us to think and act like citizens of the online world, it is insisted that we have a moral obligation to confront those who abuse the technology by using it to disseminate hate propaganda and child pornography, or by engaging in cyber-bullying, or by aiding and abetting terrorism. Confronting the Internet’s Dark Side is intended to serve as a wake-up call and will challenge its readers to reconsider their views of free expression in the Internet age.

About the Author: Raphael Cohen-Almagor