When Religion and the Law Collide

An Interview with Russell Sandberg

As long as there has been law, there's been religion—and vice versa. In this interview with Russell Sandberg, the author of Religion, Law and Society, he explains how age-old debates over the relationship between law and religion have shaped our modern world. 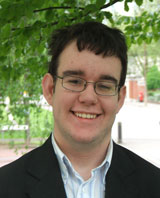 Dr. Russell Sandberg is a Senior Lecturer in Law at Cardiff University where he researches at the Centre for Law and Religion.

The place of religion in society has recently been a topic of much debate following several high profile stories in the British Press, such as David Cameron’s comment that the UK is a Christian country and the concern about religious extremism in schools. How does your book contribute to these conversations?

These recent controversies underline how questions concerning religion are increasingly controversial in the twenty-first century. Religion, Law and Society seeks to explore why that is. While my previous book (Law and Religion) explored how English law had changed the way in which it regulated religion in the twenty-first century, this book explains why. It examines whether English law is now secular and whether the UK can be called a Christian country.

The book also explores the ramifications of this and in particular what lawyers and sociologists can learn from one another about religion. Following September 11th, both lawyers and sociologists have devoted increased attention to the matter of religion. However, lawyers have all too rarely considered the work of sociologists and vice versa. Religion, Law and Society examines the risks and benefits of an interdisciplinary approach combining insights from law and sociology and explores how such an approach can inform our understanding of the place of religion in the twenty-first century.

What were the key insights gained from taking this unique approach to the subject?

Most of the book focuses upon a particular topic that has proved very influential within the sociology of religion, the secularisation thesis, exploring what light can be shed on the thesis the integration of legal and sociological approaches. The secularisation thesis is the theory that the social significance of religion is in decline. In the twentieth century this was the orthodox position within sociology. It was widely assumed that religion would vanish in modern rational society. However, this assumption itself vanished in the twenty-first century when religion became headlines news again with controversies surrounding religious extremism, the wearing of religious dress and symbols and the operation of religious courts. Now the orthodoxy seems to be that the secularisation thesis was wrong. Religion, Law and Society provides the first analysis of the secularisation thesis which brings together legal and sociological material to determine where the answer lies. Not only is the answer reached rather surprising but it also allows the books to reach tangible conclusions about the place of religion in the twenty-first century.

From your work on this book and your previous Cambridge title Law and Religion, have you been able to draw any conclusions on the evolving place of religion in society and the role of the law within this?

Religion, Law and Society also continues the story I began in Law and Religion. It examines the effect of the significant increase in laws affecting religion (what I call the ‘juridification of religion’) including the debate as to whether religious believers are disadvantaged under new human rights and discrimination laws. This seems to be a trend throughout the Western world. Only in the last two weeks we have had two major judicial decisions taking seemingly different approaches to defining religious rights: the European Court of Human Rights’ decision on the French burqa ban and the US Supreme Court decision in Hobby House concerning whether corporation owners can refuse to provide access to contraceptive drugs on the basis of their religious beliefs.  It is likely that controversies like these will be on-going.

The book provides an explanation of why the ‘juridification of religion’ has occurred and provides some guidance for judges and decision-makers in resolving religious disputes. It also sets an agenda for research, not only reaching concrete conclusions about the sociological and legal position of religion, but also about the nature and future of interdisciplinary research. Indeed, there are a few hints in the final chapter of where my argument is likely to go next.