A Night at the Opera

Aida at the Wiener Staatsoper

Celebrating Verdi's 200th in Austria last week, publicist Rachel took a cue from The Cambridge Verdi Encyclopedia and attended an anniversary production of Aida at the Vienna State Opera.

My publicity plan for the book involved some serious research into productions of Verdi operas taking place this season—if you live in Kentucky, you can check out Simon Boccanegra; La traviata is playing in Chicago; and those of you in LA can go see Falstaff. 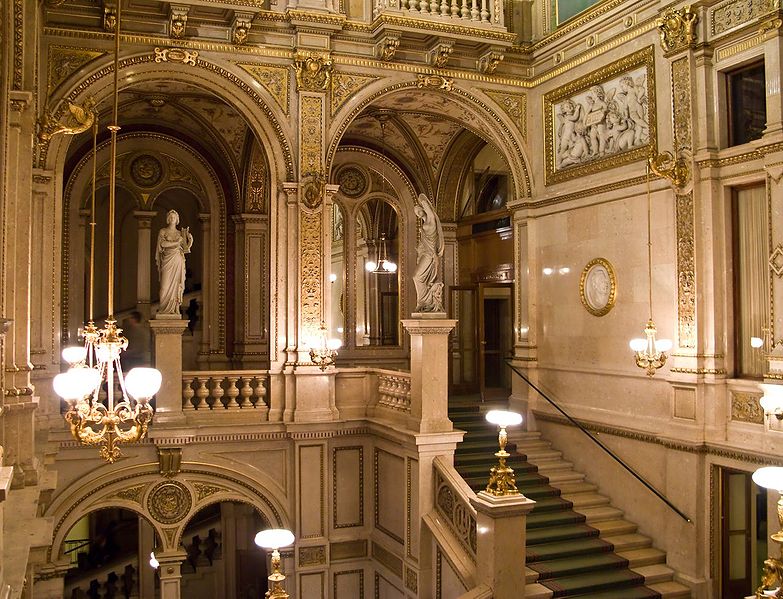 And that’s how I stumbled upon a performance of Aida, one of Verdi’s most celebrated operas, that was taking place at the Vienna State Opera House (Wiener Staatsoper) the week of Verdi’s birthday, when I would be on vacation in Austria. Now I had never seen an opera before and I didn’t know very much about opera music before picking up the book. So I consulted the Verdi Encyclopedia, which offered a synopsis of the play alongside its composition and performance history, and it sounded interesting—I figured a trip to the Vienna opera would be a once-in-a-lifetime experience.

By the end of the first act, I was converted. I am currently search for tickets to Verdi’s Rigoletto at the Met next month.

Aida is a story about love and loyalty—an Ethiopian princess enslaved by the Egyptian pharaoh’s court falls in love with the army commander leading a siege against her homeland, forcing her to choose between her lover and her country. There is a love triangle, a demanding father, and some light treason thrown in for good measure.

When it was commissioned by an Egyptian leader in the 1870s, Verdi was immediately entranced by the tale and composed the operatic music to convey the passion, confusion, and heartbreak in Aida’s doomed love story. Even if you look away from the screen that offers an English translation of the Italian songs, the story still rises up unmistakably from the orchestra pit, with feeling in every note. 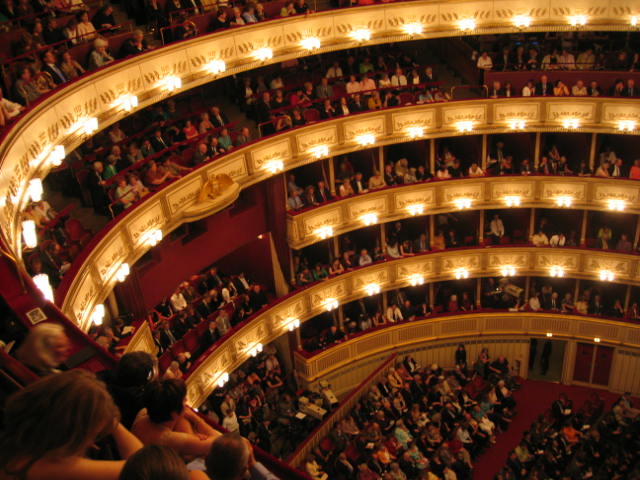 The Vienna State Opera House is one of the most famous and fabulous in the world. An exquisite stone building with a lavish marble and gilded interior, the opera house is almost as captivating as the performances taking place on its stage. Aida was first performed there in 1876 and has been a staple ever since.

But the story and the venue aside, the hum of excitement underlying the performance centered on Giuseppe Verdi, the legendary composer who is still celebrated worldwide 200 years after his birth. His operas continues to move audiences, played today on stages, radios, and iPods from San Jose to Pittsburgh and Tokyo to Caracas. The Vienna State Opera’s production of Aida and the detailed and fascinating entries in The Cambridge Verdi Encyclopedia salute the legacy of the man, his music, and the enduring power of the opera.