Photograph the Sky: A Q&A with David J. Eicher

It's what it sounds like—taking pictures of space. And it's not just for the Hubble Telescope, you can do it, too. David J. Eicher, the editor-in-chief of Astronomy magazine and the author of November's COMETS!, knows a thing or two. 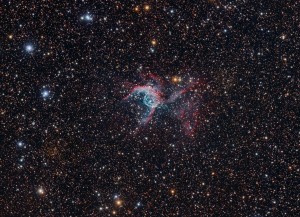 In this week’s Summer Stargazing Q&A with an astronomy expert, Eicher tells you everything you need to know to photograph the stars. He supplied all of the pictures in this article, taken by astrophotography enthusiasts at Astronomy magazine. Try his tips yourself, and then submit your pictures to our photo contest! You could win $125 to spend on our amateur astronomy catalog. Guidelines are here.

I love pictures of the night sky and I want to take my own. What type of camera do you recommend using?

If you choose a DSLR camera, you’ll get a cost-effective camera that can be used for normal photography as well as sky shooting. They are great for shooting comets and deep-sky objects and can be easily piggybacked onto a telescope and used for guided, wide-field imaging as well as being connected to a telescope at prime focus and used for through-the-scope, close-up photography. 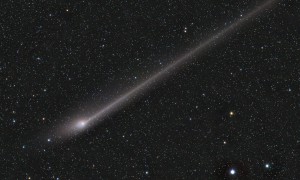 Why can’t I just use my iPhone?

Point-and-shoot cameras and camera phones, though many have large megapixel counts, have smaller sensors that are not well suited to imaging faint objects. They can be used for afocal photography – that is, simply pointing the camera’s lens into a telescope’s eyepiece and shooting away. But generally they are not particularly good for astroimaging.

Where can I go to get the best shot? Is there an ideal time to take photos when it’s dark out?

Good sky imaging, like observing the sky, generally requires getting away from city lights. If you are 20 or 30 miles away from a city, you’ll probably have a reasonably dark suburban sky and can take shots of stars, planets, and even galaxies. Wait until the end of twilight when the sky is really dark to shoot objects. That is, unless you’re photographing planets or a comet that’s only visible during twilight.

What should I photograph? Are there constellations or objects that make great pictures? 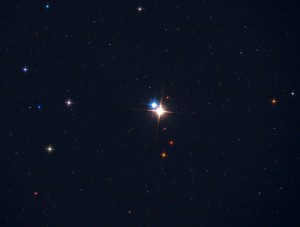 The sky is full of targets to capture with a camera. With a wide-field lens and a camera simply mounted on a tripod, you can take short exposures of constellations, aurorae, comets, or the Milky Way. If you attach a camera to a guided telescope that tracks the sky as Earth rotates, you can take photos of hundreds of objects and make longer exposures without the stars trailing.

As far as summertime targets for beginners, the best constellations are Cygnus (high up for Northern Hemisphere viewers), which is full of bright Milky Way star clusters and glowing gas clouds, and the area of Sagittarius and Scorpius, down on the southern horizon, which marks the direction of the center of the galaxy. Lots of bright Milky Way star clouds and deep-sky objects (star clusters and nebulae) are scattered in Sagittarius and Scorpius, and so make for pretty pictures. (Editorial note: to locate these constellations tonight, consult our August star chart and Ian Ridpath’s guide to reading it)

Once I’ve picked an object, how should I frame it in my shot? 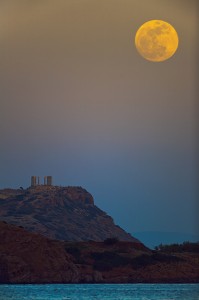 It depends on the system you’re using. With a wide field, camera-and-tripod setup, you can simply look through the camera’s viewfinder and center the stars, planets, or comets you want to photograph. Framing is more complicated with imaging smaller parts of the sky, requiring moving from bright stars to fainter ones to identify the field that may hold a faint galaxy or another distant object.

Are there any other rules I should keep in mind to get the best picture?

Although astroimaging is easier than it’s ever been before, it still requires patience and a bit of trial and error. Start with some wide-field shots that will capture constellations and experiment with exposure times, and processing the photos after you’ve taken them. A few weeks of trial and error will get you used to the process and show you how to make the best pictures your setup will capture.

Be sure to check out more of David Eicher’s blog posts on HuffPost Science.