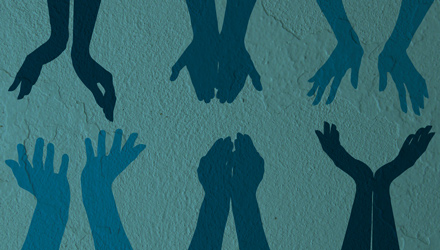 Reference works designed to help advance learning are a key component of Cambridge University Press' catalog, but sometimes they get buried in library stacks and disappear from the discussion. But this month, we're dusting off our shelves and starting a conversation about these titles and why reference matters so much.

For this month’s Cambridge Book Club, we’re spotlighting the reference titles and rare works. Stephen J. Stein, the editor of  the award-winning Cambridge History of Religions in America, answered our questions about the the unique features of his volume and the value of reference books in a digital age.

How did this project come about?

In some sense The Cambridge History of Religions in America is a by-product of the historical vision Lord Acton articulated, the desire to shed historical light on all aspects of the human experience, in this case the place and function of religions in America. That is a professional goal I shared with many of my colleagues in the field of American religious history. My first major contact with Cambridge University Press involved the editing of The Cambridge Companion to Jonathan Edwards (2007). That experience led to the invitation to take on the position as Editor of the Cambridge History. I had previously logged considerable editorial experience, namely, three volumes in the Yale University Press Edition of The Works of Jonathan Edwards and several decades as coeditor of the “Religion in North America” publication series at Indiana University Press. My interests in American religions were widespread, from the evangelical world of Edwards to the Lutheran tradition in which I was raised, from the diverse spiritual groups on the margins of American life to the highly controversial so-called “sects and cults.” My three and a half decades as a professor of American religious history at Indiana University, Bloomington, also situated me well for ranging across the full spectrum of diverse American religious life, from pre-colonial times to contemporary America. I published a major historical study of the Shaker religious movement at Yale Press. In 1994 I served as President of American Society of Church History. In the planning stages of the Cambridge project I was assisted by an Editorial Advisory Board comprised of seven distinguished scholars whom I appointed who shared my interests in the full range and variety of America’s religions.

What gap do these volumes address in the field?

A majority of America’s religious traditions have been imported in one way or another from abroad, and that dimension of the faith communities on this continent is a striking component of the Cambridge History

The Cambridge History of Religions in America takes seriously the religious integrity of the highly diverse religious and spiritual traditions that have been present and/or are still present in the context of North America, with a focus being principally upon those traditions in the United States. Yet these volumes also recognize and treat the ways in which the religious traditions of North America cross national boundaries and also surrounding oceans. In other words, these volumes deal directly with the ways in which America’s religions are connected to the diversity of religions across the globe, many having been imported from abroad and others now being exported to faraway places. Too often studies of America’s religions have failed to describe the formative and critical relationships with the communities of faith on the other continents. In fact, a majority of America’s religious traditions have been imported in one way or another from abroad, and that dimension of the faith communities on this continent is a striking component of the Cambridge History. It is also the case that new religious traditions originating in the United States have been exported from America to other parts of the world. These volumes describe and evaluate the expanding religious and spiritual pluralism in America over the course of more than five hundred years.

What are some of the challenges you encountered?

Meeting editorial deadlines when 115 authors are involved posed all kinds of challenges. A majority of the authors met the submission deadlines that were set, but a good number  did not, and that was a major challenge. There is also always a certain tension which exists when copyediting another scholar’s writing, and in a few instances that created some uncomfortable moments. The fact that the texts were set and published by staff in India meant that there was no direct contact for questions or reactions, all of which were handled through a third party in New York City. At times that was frustrating to authors with whom I dealt directly, and my ability to rationalize editorial decisions was often insufficient. I suspect that the staff in New York City was as happy as I to see the completion of the three volumes in the project. When the published volumes were being distributed by the Press, I had no means for explaining to authors why they had not received their complimentary copies when other authors had gotten their copies weeks earlier.

The Cambridge History of Religions in America recently won the 2012 PROSE Award for Excellence in Reference (The American Publishers Awards for Professional and Scholarly Excellence). Why do you think it won this distinction? What features set it apart from the rest?

I had no prior knowledge regarding this award; nor do I know how the volumes were nominated. Perhaps the Cambridge History was identified for the PROSE Award by virtue of the fact that the volumes range across the full spectrum of religious life in North America without any missionizing tendencies or attempts to argue for the special truth claims of one or another religious tradition. In other words, this work takes seriously the history and views of all of the manifold diverse religious traditions found in America in the past and today. Understanding these religious traditions without prejudice is an important goal of this Cambridge project.

What is the future of reference works in a digital age? How will they change? What value do they provide in a world where information is readily available, often for free and online?

Reference works in the future—whether located physically in public libraries and major research libraries, or available electronically, provide readers with access to both significant data and valuable professional judgments regarding the subject matter. They are not a product of the immediate moment; nor are they driven by the whim of commercial interests which control so much of the information available through electronic media in the digital age. Reference works mark in fixed fashion the views of professionals who have been educated and trained in the particular intricacies of the subject matter under discussion.  They provide contemporary readers and commentators the clearest judgments regarding the subject matter and can be used by general readers and subsequent historians to determine the points of continuity and discontinuity in the thoughts and ideas, the life patterns and the experiences, of the human race. The details regarding the history of America’s religious traditions contained in the Cambridge History are striking proof of the same.