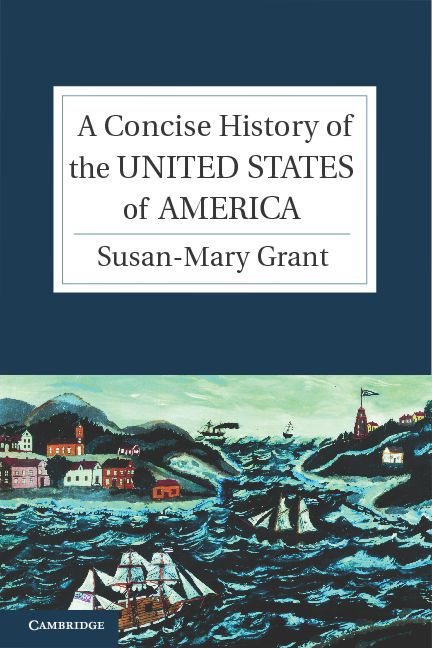 Throughout your book, you argue that the U.S. is ultimately bound together as a civic nation. What is “civic nationalism” and how does that ideal play out in America’s history?

Scholars often juxtapose “civic” with “ethnic” nationalism, the latter being a national identity based on consanguinity—in short, the idea of blood as the sole route to belonging—and the former based on shared civic values, culturally and politically defined. For America, Abraham Lincoln summed it up best in the course of his famous debates with Stephen A. Douglass in 1858, when he reflected on the importance of the 4th of July to Americans whose ancestors had won independence, and noted that many Americans had no “connection with those days by blood.” Nevertheless, Lincoln argued, through the power of the Declaration of Independence – what he termed the “electric cord” that held the nation together – American nationality could be achieved. Even recent immigrants, he asserted, had “a right to claim it as though they were blood of the blood, and flesh of the flesh of the men who wrote that Declaration.”

There were, of course, problems with the way this ideal played out, most obviously in the exclusion, until the mid-nineteenth century, of non-white peoples from the polity combined with a more general fear of and opposition to immigrants at certain points in the nation’s history. Although nineteenth-century writer Oliver Wendell Holmes described Americans as “the Romans of the modern world – the great assimilating people,” Americans did not assimilate indiscriminately. So although in theory the civic nationalism of the United States was predicated on a commitment to democratic, republican ideals revolving around liberty/freedom and equality for all, in practice, the reality often fell short of that.

How did you manage to organize everything into a “concise” history?

Any general history, concise or not, of any nation is inevitably selective. In the case of the United States, one could choose to begin the story with the nation’s founding, with 1776, which would have had the merit of being more accurately a history of “the United States.” I felt that to do so, however, would be to risk misrepresenting America’s national story, taking much of what you term the “watershed events” out of their broader context and over-simplifying the complex process that was the creation of a new nation. I wanted to draw out the ways in which many of the tensions – between black and white, freedom and slavery – that America struggled with (and in many respects still struggles with) had their origins in the colonial experience.

Furthermore, I also wanted to emphasize the ways in which a single story can be told, and smooth out – as far as possible – the traditional divisions that historians inevitably have to impose on the history of any nation. I felt that the ways in which different forces impacted upon the nation at different times would be better explained if the chapters overlapped chronologically; if readers were moved, for example, via the railway from the battlefields of the Civil War to the West, or from slavery to civil rights via the experiences of an individual, in this case Ida Wells Barnett. Above all, I was striving for a narrative balance between the thematic and the chronological, and between the national story and the individual experience within it.

You teach American history at Newcastle University, and you’re British by birth. What led you to pursue an academic career in this field?

Another good question! And I think the answer lies in a possibly rather contorted combination of cultural influences in childhood of which, at the time, I was probably unaware and my discovery of the subject at university. In terms of cultural influences, literature was my earliest introduction to the United States, as I (in common with many girls, I imagine) devoured the novels of Laura Ingalls Wilder absent any real sense that the world being described was over three thousand miles away from my own; or perhaps that was the source of the fascination.

At university and at graduate school, my growing interest in the United States was partly a practical decision – so many of my contemporaries were studying British history, and I could do the math and I did want a job. That certainly later drew me more strongly toward the nineteenth century United States, which is my area of research interest, as almost all my contemporaries in the field of American history were studying the twentieth century. However, having put myself in the middle of America’s history, as it were, I simply found it the most fascinating period, involving the most complex people and circumstances, and the most influential – for the modern world – part of global history.

Susan-Mary Grant is Professor of American History at Newcastle University. She is the author of A Concise History of the United States (on sale now).