Why Gays Should Not Serve in the United States Armed Forces: A Gay Liberationist Statement of Principle, Part I 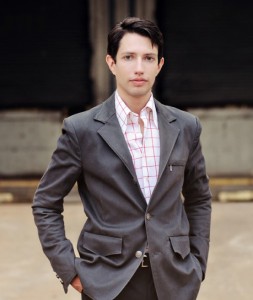 The first question is the more often addressed: whether Gays have an equality-based right to serve in the military. I believe the answer is “yes.” This first question is the question to which most scholarship has been devoted, especially since “Don’t Ask, Don’t Tell” actually created a problem that did not exist prior to its enactment. The baiting of Gay servicemembers through a sense of false security resulted in a purge of Gay servicemembers that was unprecedented.

This first question was and is, in fact, extremely important, because the arguments for excluding openly Gay people from the military are perhaps stronger than any argument for the exclusion of Gays in any other area. Consequently, if those arguments fail with respect to the military—if they are ultimately unpersuasive in this “special” environment—then they should be unpersuasive elsewhere, where such “special” concerns are not present; thus, the possibility of comprehensive nondiscrimination protections is strengthened.

There is a second, closely related equality question, however, that has gone largely unexamined. The equality dimensions of this question are, in my view, even stronger—that is, if equality is viewed with an eye toward its substance and not merely its form. This second question might be stated thusly: conceding that Gays have a formal equality right (a legal/constitutional right) to serve, should they serve? Or, to put it another way: should participation in the military be a goal of Gay civil rights organizing? Does it, in fact, raise the equality quotient for Gay men and women in other than merely arithmetic ways?

One could say that the first question is a descriptive question, asking what rights all Americans should possess by virtue of their citizenship, while the second question is a normative one, considering what majoritarian institutions an oppressed people should seek to enter—that is, what, strategically, should be the goals of civil rights organizing for an oppressed people? This question is an entrée for a more comprehensive critique of the civil rights organizing that led to the repeal of Don’t Ask, Don’t Tell, as well as the closely related marriage agenda currently pursued by the “gay rights” movement. It is this second question, and the Gay liberation answer to it, in which I am most interested.

When I was contacted by the Pentagon’s Comprehensive Review Working Group for Don’t Ask, Don’t Tell and asked to give them advice on some of the issues they were facing, I thought, “Well, here’s a chance to do something for Gay people.” And, anyway, I thought many of the issues, for example, whether having openly Gay people in the military would somehow infringe upon the “rights” of chaplains of certain denominations if they had to “minister” to Gays, were so absurd that I couldn’t not answer them. I am fully aware that Gays’ access to the military, as out Gay people, is an equality issue. I care about equality and I care about Gay people; how could I not respond? I am glad that I could contribute, however peripherally, to the repeal of a draconian policy, the very name of which has become an inelegant (but pinpoint accurate) tagline for straight supremacy–a translation of Alfred Douglas’s “love that dare not speak its name” into the base English of impoverished contemporary discourse. The non-being of Gay being Douglas so aptly named has survived (plus ça change, plus c’est la même chose) and was codified with cruel precision, thanks to President Clinton’s political ineptitude, in a policy that, unlike most congressional edicts, thoroughly saturated the American idiom. Don’t Ask, Don’t Tell existed as a bald, heterocratic statement that Gay people should not exist. This is an era that I am glad to see end.

But having gotten to where we are—to a place at which the law no longer bars Gays’ entry into the armed services, the question of whether Gays should serve stands out in bold relief. This is, at bottom, a question of priorities. The modern “gay rights” movement, at least since the 1970s when the Gay Activists Alliance split from the Gay Liberation Front, has been governed by a politics that values only that which is paradigmatically straight and, accordingly, has striven mightily to get Gays into the two institutions through which most of the world’s violence is accomplished—the state sanctioned home and the military—without much critical analysis of how participation in these institutions actually affects Gay people.