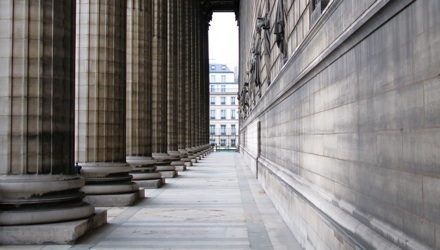 Legal education reform is crucial to the project of promoting “the possibility of justice.” And reformers of the profession have long focused on changing the nature and culture of law school to create more public-minded professionals.

But as David Segal’s recent New York Times piece (“Is Law School a Losing Game?”) reminds us, the role of law schools in fostering a public-spirited vision of legal practice is under significant stress. Much of the stress comes from the state of the economy, which has seen the dramatic contraction of law market since the 2008 recession.

But there are deeper problems, which go to the structure of contemporary legal education and what it means for the production of the next generation of American lawyers. In particular, the system of U.S. News and World Report Rankings has created an environment in which law schools are forced to devote substantial resources to gaming the rankings system. And in a world in which all law schools play the game, opting out can be disastrous, as many schools that have seen their rankings plummet have found out. It is the “arms race” nature of rankings that have fostered strategic action and, in the extreme cases, jerry-rigging and outright abuse.

But while abuse is worrisome, there are less extreme, but no less important consequences of rankings-driven law school administration that are in tension with the central goal of training students to be more than hired guns and to contribute meaningfully to the public good.

First, rankings encourage the transfer of resources toward status-enhancing initiatives that can take away money from less prestigious—but not less significant—activities.  For instance, the rankings system gives an incentive to law schools to break the bank hiring expensive, high-prestige lateral faculty in order to boost a school’s perceived “quality,” which is measured by polling other law school faculty, judges, and lawyers. Because quality is in the eye of the beholder, schools are motivated to create a hiring “buzz” that might translate into higher scores. This focus on recruiting away laterals creates bidding wars and pressure to increase existing faculty salaries to be in line with those of outside recruits.

The war for faculty talent is analogous to the competition for law student talent—since this is also measured in the rankings methodology, which gives points for admitting small proportions of students with high LSAT and undergraduate GPAs. How do schools accomplish this? In part, by recruiting high achieving students with fantastic merit-based aid packages that, for the most sought after, include tuition and living expenses. Because students know how the game is played, they work the system, trying to leverage more money from higher ranked schools based on lucrative aid offers from lower ranked ones. And while it is fine to recruit the best and brightest, aid packages often fall off an LSAT cliff, with students at or above a school’s targeted median receiving significant aid while students a few LSAT point below receiving little or nothing. This means that financing law school is systematically easier for students with relatively higher LSATs, which tend to correlate with socioeconomic status. Need-based financial aid still exists, but to the extent that it competes with merit-based aid, the war for high-LSAT admits can crowd out funds for those with limited resources, some of whom come from disadvantaged backgrounds and may want to give back to their communities as lawyers.

Allocating law school resources to recruit faculty and students—combined with other perceived prestige-enhancing initiatives like printing and distributing glossy faculty brochures (aka “law porn”)—places pressure on law school budgets.  The safety valve until the recession was increasing tuition costs, which rose much faster than inflation. Students financed this increase by taking out more debt. When times were good, this was a fragile alliance: Students with significant debt would search out jobs that would pay enough to make ends meet. Now that times are tough, this is unsustainable, with the result that many students end up like those in the Times story: with substantial debt and no job prospects.

The impact on students who seek jobs in the public interest is even more severe. Debt is believed to drive some of them away from public interest careers, which tend to pay less than their private sector counterparts. And the recession’s impact on the job prospects of public interest students has been particularly bad as nonprofit legal groups, dependent on government and philanthropic funding, have seen their resources run dry.

An additional fallout from the rankings game is the pressure it places on curriculum. Because they are graded on job placement and bar passage rates, law schools become focused on designing curricula that will promote success in those domains. This tends to mean emphasizing courses that provide marketable skills and review for the bar exam, while deemphasizing classes more connected to the themes of professionalism and access to justice. Even within clinical legal education, which was launched forty years ago to teach legal professional skills and public service, the trend appears to be toward emphasizing the former, particularly those skills that are perceived as useful to private sector employers. We see more clinical offerings that focus on the stock and trade of the corporate bar—such as transactional law—and more push back against clinics that engage in practice—such as fighting corporate polluters—deemed too political. On top of this, there is a movement to downgrade the status of clinical faculty, who have historically had much deeper ties to public interest practice and a commitment to teaching justice in action. For this, too, there is a rankings connection. Clinics are expensive to run and do not confer scholarly status on law schools. While law schools want to maintain clinics (because students like them), they would like to do it more cheaply (to free up resources for status-enhancement). This means hiring clinicians in non-ladder positions without security of employment. The result? In the rankings-influenced modern law school, those faculty often perceived as closest to the core professional ethic of public service will become the most expendable.

Rather than fostering an ethic of public service, the pressure to score well in the rankings game can feed a market competition in which professional values are sacrificed. If law schools cannot set an example for how to resist market pressures and educate for the public good, how can we expect our students to learn it?

About the Author: Scott L. Cummings

Scott L. Cummings is the author of The Paradox of Professionalism: Lawyers and the Possibility of Justice (2011). He is a Professor of Law at the University of California, Los Angeles, where he is also the faculty coordinator of the Epstein Prog...