Parents and Children: Getting What You Want 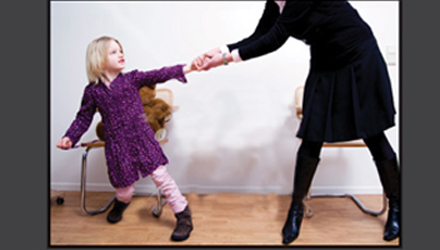 We are defined by our preferences. But how do we arrive at those preferences, and how do we get what we want? Rachel Karniol, author of Social Development as Preference Management: How Infants, Children, and Parents Get What They Want from One Another, gives a glimpse into the power dynamics between children and parents - and the complex process of negotiation that goes into expressing one's wishes.

A friend of mine, who works as a pediatric nurse, frequently has to give immunization shots to children.  She recently told me about an experience with four-year-old Lizzie and Lizzie’s mother that speaks to the heart of preference management and social development in children.

I entered the examining room to give Lizzie her needle. ‘No, no, no!’ she screamed. 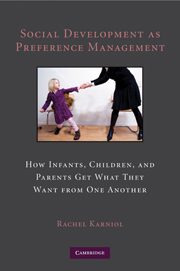 Young children are able to placate parents by expressing their preferences in socially appropriate ways.  But more importantly, this telling anecdote demonstrates the child-parent preference gap.  In this instance, the mother was more concerned with the child’s phrasing of her objection to being immunized in terms that adults find acceptable, possibly because she was embarrassed by the child’s screams. However, the child was concerned with resisting being immunized and was willing to accommodate her mother by adding the politeness terms that the mother demanded.

But the mother missed the point entirely.  The child needed to be calmed down and to be given coping ammunition, which the mother could have done by cuddling the child and giving her some psychological means of coping with the impending immunization.

“You know that sometimes bad things get into our bodies and make us sick.  If they get gobbled up then we don’t get sick.  So let the nurse put the gobbling stuff into your arm and we can do gobble, gobble together when she is doing it.  This will help the gobbling stuff work.  So can you gobble gobble with me?”

Parents know many ways of calming down and distracting their children and they seem to be do so often at home.  They need to be sufficiently sensitive to their children’s needs and preferences to do so in public contexts as well.

About the Author: Rachel Karniol

Neoliberalism in the Guise of...