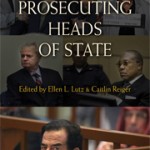 Earlier this week, the Times reported that the International Criminal Court (ICC) will likely issue an arrest warrant for Sudan president Omar al-Bashir. This would be the first such warrant for a sitting head of state.

‘In an unusual statement on Monday, the three pretrial judges on the court said they were giving the date in view of “numerous rumors over the past weeks on a possible date and outcome of the decision.” They gave no further details.

‘Court officials and diplomats had told The New York Times this month that a panel of judges had agreed on the arrest warrant in private sessions in January.

‘Lawyers familiar with the court, who spoke anonymously because of the sensitivity of the matter, said the announcement of the date was prompted by security concerns. They said it would alert diplomats, United Nations peacekeepers and humanitarian workers in Sudan and the region that they could become the targets of attacks.’