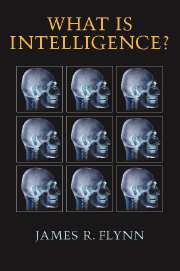 Well, amongst teenagers in Britain, it’s dropped on last generation. What does this mean for the environment of UK teens?

‘For the study, Prof Flynn analysed British children’s scores in IQ tests over time. IQ, or intelligence quotient, is normally expressed as a single numerical score, with 100 being the average.

‘He found that IQs increased among children aged between five and 10 over the 28-year-period, at the rate of up to half a point a year.

‘He believes the gains were linked to changes to the home environment children experienced when they were young, with parents increasingly providing stimulating activities.

‘But Prof Flynn also found that teenagers’ scores had dipped slightly over the past generation.

‘It was the first time IQ scores had fallen for any age group during the past century, his research suggested.’