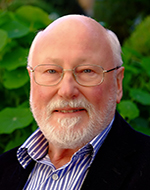 Julian Cribb FRSA FTSE is an Australian author and science communicator. His career includes appointments as scientific editor for The Australian newspaper, director of national awareness for the Australian Commonwealth Scientific and Industrial Research Organisation (CSIRO), editor of several newspapers, member of numerous scientific boards and advisory panels, and president of national professional bodies for agricultural journalism and science communication. His published work includes over 9000 articles, 3000 science media releases and ten books. He has received thirty-two awards for journalism. His previous books include The Coming Famine (2010), Poisoned Planet (2014), and Surviving the 21st Century (2017). As a science writer and a grandparent, Julian Cribb is deeply concerned at the existential emergency facing humanity, the mounting scientific evidence for it and the deficit of clear thinking about how to overcome it.