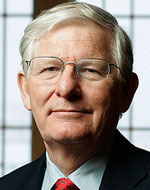 James Thurber is the author of American Gridlock: The Sources, Character, and Impact of Political Polarization (2016). He is University Distinguished Professor of Government and Founder and Director of the Center for Congressional and Presidential Studies at American University. In 2010, he won the Walter Beach Pi Sigma American Political Science Association Award for his work combining applied and academic research. He is a Fellow of the National Academy of Public Administration and a member of the American Bar Association's Task Force on Lobbying Law Reform. He is the author of multiple books and more than eighty articles and chapters on Congress, congressional-presidential relations, congressional budgeting, congressional reform, interest groups and lobbying, congressional ethics, and campaigns and elections. He co-produced three BBC TV documentaries on the U.S. Congress and elections.