New kids on the block in ‘business and human rights’ 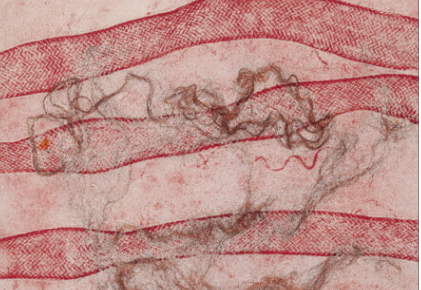 Human rights violations by corporations that operate in more than one state have attracted the attention of legal scholars over the past four decades. The field of ‘business and human rights’ has, however, been largely silent on private transnational corporations from developing and emerging states (TNC-DECs).

If TNC-DECs are included in the literature, then they are mostly studied in supply chain relations, as subsidiaries of corporations from European Union Member States and other economically developed states. While human rights researchers have focused on the growing influence of corporate non-state actors, they have largely overlooked the rising influence of new – and currently particularly Asian – corporate non-state actors on the global stage.

I accidentally stumbled upon this research gap while I was reading some policy documents of the European Union, and found it surprising for two reasons.

First, the continuing context of globalisation makes it necessary to look beyond the Western paradigm. Developing and emerging states have significantly fewer capabilities to install ‘business and human rights’ requirements compared to economically developed states but TNC-DECs’ impact can be powerful. TNC-DECs deploy economic activities on a global scale influenced by the rapid pace of technological change and introduce new products and services in direct competition with products and services that are produced by corporations from economically developed states. Some TNC-DEMs even built their business through the acquisition of older Western firms. For example, Geely of China has acquired the Swedish automobile brand Volvo in 2010. To be clear, TNC-DECs are not just copying the strategies of their competitors in the global North. They possess unique competitive traits such as frugal innovation capabilities and the strength to cope with still-evolving government and legal systems.

Second, studying TNC-DECs can shed new light on the widely documented poor track record of economically developed states to hold ‘their’ corporations accountable for their involvement in human rights violations in developing and emerging states. If some states regulate ‘their’ corporate nationals and invest in serious efforts to protect citizens impacted by them in third states, then competitors that do not have to respect the same standards can easily undercut those responsible companies. These states would put an economic disadvantage on their transnational corporations if they enforced stricter standards on them than the standards that are applicable to competitors. Globalisation has thus created a collective action problem.

I decided to fill a part of this research gap in my new book. As the title ‘The European Union, Emerging Global Business and Human Rights’ indicates, my book aims to investigate the conditions under which the EU and its Member States are attempting to overcome the described collective action problem by creating an artificial level playing field in which private TNC-DECs can be held accountable for human rights violations committed abroad.

To complete this mission, I studied measures that impose requirements on corporations as a matter of regulatory compliance in two stages, prevention and remediation. The former stage is concerned with obligations formulated in a rule. The latter stage is concerned with grievance mechanisms that can provide a binding solution. My book focuses specifically on remedies that offer corporations the opportunity to defend against civil violations. My book integrates international, European Union, French and Dutch law. It also contains two case studies. Thereto, I carried out fieldwork in the Kenyan floriculture and the South Korean electronics industries.

About the Author: Aleydis Nissen

Aleydis Nissen is a researcher at Leiden University and the Research Foundation – Flanders (FWO). She received the 2020 Best Thesis Prize of the European Group of Public Law, the 2021 Thesis Prize of the Strasbourg-based Fondation René Cassin International Institute of Human Rights and the Andrés Bello (J.B. Scott) Prize of the Geneva-based Ins...