Would You Like A Book That Ends Neoliberal Indoctrination? 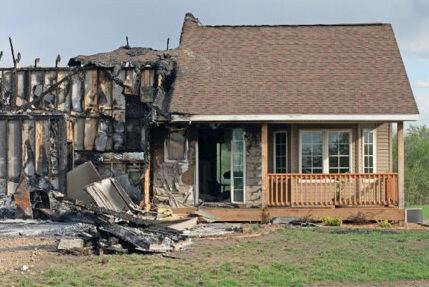 The Copenhagen Business School (CBS) has a peculiar reputation among universities devoted to practical education. When many people think of CBS, they think of all the humanities and social science scholars and degree programs that live there. After all, it’s not many business schools where one is able to take a degree in Philosophy and Business Administration; and it’s not many business school faculties that employ theologians. So, that’s nice.

That said, any critical approach to businesses and markets, as well as broader reflections on ethical, political, and existential matters, have been isolated to highly visible though still tiny and vulnerable outlying islands in the educational portfolio at CBS. The pedagogical mainland still looks like a stereotypical business school. So, even if CBS has more tokens of diversity than most peers, it is still dominated by the neoliberal assumptions that developing and maintaining markets and consumers is the proper response to any kind of societal problem. This is how we narrowly define “Business.” This default frustrates us.

Most students in professional schools, but also in universities at large, get an education so that they can help people and solve problems out in the world. At present, however, at CBS as elsewhere, students are still met with the default propagation of neoliberal assumptions about what societal problems are and how they can be solved. Given that, it might help to outline a bit more of what neoliberal problem solving looks like.

Neoliberalism, and neoliberal problem solving encompass an economistic worldview which enshrines as natural the following things (among others): selfishness, individualism, the righteousness of capitalism and markets, universal and unending competition, and the inevitability of inequality and unemployment. Moreover, neoliberal thinking does so based on highly speculative and narrow presumptions about human nature and the human capacity for problem solving and social interaction.

When developing theories and research findings, neoliberal economics start from substantial, yet incredibly contentious, assumptions about human nature (we should take people as individualistic decision makers, for example) and then constructs social models in a sort of as-if-these-assumptions-were-true sort of way. In the context of neoliberal capitalism, this means assuming that all social interaction can be explained in terms of individualistic preferences, that human society should be understood as being made of markets (or markets to be), and that capitalism is the natural state of humanity. Insofar as governments or transnational organizations exist, they should only exist to promote and expand markets and enforce the sanctity of private property.

As you might imagine, requiring this as a foundational part of an education leads to no shortage of applied business sociopathy. To use an example from our own context, CBS actually had a startup spin out of a highly graded master’s thesis whose whole business model was third world prison labor (look up the “Carcel” clothing company if you have yet to be enraged today). Too, this ambient amorality might go some distance towards explaining recurring money laundering, and tax theft scandals that Denmark just can’t seem to shake.

In any event, we have come together and edited a book meant to challenge the default acceptance of neoliberal economic thinking in professional schools, at universities, and in society at large. To this end, People Before Markets: An Alternative Case Book (Cambridge University Press, 2022) is made up of 20 readable chapters dealing with basic human problems such as “Where should water come from?”, “Who should care for the elderly?”, and “How should innovation happen?”

The chapters themselves are written by experts (mostly anthropologists, life scientists, philosophers, and policy specialists), and each contains a paired case—one instance of a neoliberal capitalist or market imperialist approach to solving a problem and one instance of a solution happening according to some other human logic. More often than not, doing anything other than what neoliberalism prescribes makes people’s lives better. Perhaps this is obvious, but it’s good to spell out nonetheless.

Our point, though, is not to categorically rule out market-based social patterns or neoliberal economics. Rather, we simply say they should not be your default way to solve problems and think about the world. And, if you want to create a market, you should have to justify yourself.

It’s simple, really: we feel that market fetishists and fundamentalists need to argue for their approach to problem solving, just as much as those who favour solving problems by relying on other features of humanity, such as our compassion, conscience, and social cohesiveness. For what it’s worth, what we’ve found in developing this book is that if questions of government and policy creation are fairly deliberated, more often than not the neoliberal market solutions don’t win the day and most certainly would not have a monopoly on the Ur-design of our societies.

Given the manifold harms done to humanity via compulsory neoliberalism, we feel, all told that our approach is pretty fair. We’d love to hear what you and your students think, and we hope you will join us in trying to broaden the ways in which the next generation approaches the problems facing us all.

About the Author: Morten Sørensen Thaning

Morten Sørensen Thaning is an Associate Professor in the Department of Management, Politics and Philosophy, Copenhagen Business School....

About the Author: Daniel Scott Souleles

Daniel Scott Souleles is an Anthropologist and Associate Professor in the Department of Management, Politics and Philosophy, Copenhagen Business School....

About the Author: Johan Gersel

Johan Gersel is an External Lecturer in the Department of Management, Politics and Philosophy, Copenhagen Business School....