Market or State: The Regulation and Practice of Bankers’ Remuneration in the UK and China 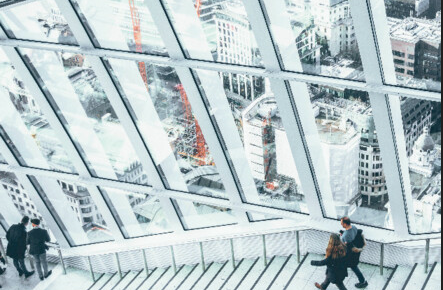 Previous studies have focused on the flaws, attempting to find out how bankers’ remuneration contributed to the GFC. It has been well addressed that the pre-crisis arrangements of remuneration incentives, which were centred on short-term profit and shareholder returns, resulted in excessive risk-taking. By examining the practices in major UK banks, the second chapter of this book provides robust evidence to consolidate this view.

Mainstream academic discussions so far have focused primarily on bankers’ remuneration in developed markets. However, the problems in emerging markets, which are at a transitional stage of financial development and with special economic and political traditions, should have received more attention from academics. To fill a huge gap in the literature, this book also discusses the regulation and practice of bankers’ remuneration in China.

A significant difference between the Chinese financial system and a developed one is the role of the state. State intervention is constant and pervasive in Chinese banks. As one of the key aspects of bank governance, bankers’ remuneration is decided in an administrative way, and political incentives are the primary incentive mechanism. The fifth chapter critically analyses the traditional way adopted by Chinese banks to manage and incentivise bankers in the context of state intervention.

After the GFC, based on international standards and experience in developed markets, Chinese banking regulators have provided guidance for banks to reform their approach to incentivising bankers. The sixth chapter documents and evaluates the regulation of bankers’ remuneration in China. The general regulatory guidance for all banks sets the direction toward modern remuneration schemes. However, intrusive and compulsory rules on the level and structure of remuneration and performance assessments are still imposed on state-owned and state-connected banks, which consolidate, rather than mitigate state intervention in the practice of bankers’ remuneration.

For a regulatory framework made up of inconsistent rules, its effectiveness is questionable. The seventh chapter investigates the practices of bankers’ remuneration and political incentives in major Chinese banks since the regulation came into effect.  It is found that low remuneration level, weak pay-performance sensitivity, the absence of economic incentives, and the predominance of political incentives remain the primary features of the practices in major Chinese banks. That is, the regulatory measures based on international standards are not effectively implemented, whereas the requirements that enhance state intervention have been strictly followed.

In addition to examining and discussing the regulations and practices of bankers’ remuneration in the UK and China separately, the eighth chapter of the book further compares the differences between them and explores the reasons for the differences through the perspective of institutionalism. By examining the traditional models of interaction between the state and the financial market in these two countries, the book analyses the institutional origins of their regulatory approaches and explains how a country’s existing institutions for financial development have influenced the recent choices of its regulators and banking sector with respect to bankers’ remuneration.

About the Author: Longjie Lu

Dr. Longjie Lu is a lecturer in Banking, Corporate and Financial Law at the University of Edinburgh. Her articles in the wider fields of banking and financial regulation, capital markets law and corporate governance have been published by leading journals such as Journal of Corporate Law Studies, Capital Markets Law Journal and Journal of Business ...