Diagnosing the Causes of Mass Incarceration to Develop a Cure 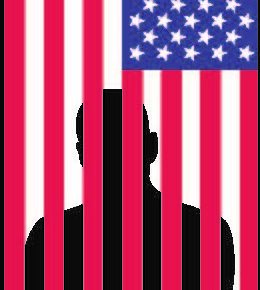 The United States imprisons a shocking proportion of its population, eclipsing the rates of other countries and historical norms. The past three years have produced some modest improvement, but much of that change was driven by a global pandemic. With jails, police departments and courtrooms returning to “normal,” and a growing perception of rising crime, the recent declines are already showing signs of reversal. And the federal prison population actually grew over the past two years.

My book “Mass Incarceration Nation” attempts to answer the increasingly important and surprisingly complex questions of how we got here – and what needs to change. These are questions that I have struggled with for decades both as an academic researcher who studies mass incarceration and as a participant in the phenomenon. In the early 2000s, as mass incarceration took hold across America, I was a prosecutor in one of the country’s largest law enforcement offices, the United States Attorney’s Office for the District of Columbia. Later in the decade I saw another side of the phenomenon as a Senior Attorney specializing in criminal cases at the California Courts of Appeal. The book leverages this pre-academic “insider” perspective alongside years of researching, teaching and writing about criminal law to offer a new perspective on the causes of mass incarceration. It then proposes a formula for returning to the low incarceration rates that characterized the United States prior to the 1970s.

One of the book’s themes is the complexity of the problem – a theme that explains why this book, written to engage a broad audience, is nonetheless being published by an academic rather than a popular press. There is no elevator pitch that accurately captures how the phenomenon that came to be known as mass incarceration unfolded across four decades and thousands of jurisdictions. And there are no silver bullet solutions. Still it is possible to respect this complexity while offering generalizable insights and conclusions that can be turned into real world policy prescriptions.

In an effort to attack the complexity, I begin by distinguishing two parallel systems that are conflated in traditional discussions of crime and punishment in America. One system is a “criminal justice system” – society’s formal response to the most abhorrent crimes like murder and sexual violence. These cases can be framed as quests for justice and, indeed, a formal response to the most serious crimes is essential to ordered society. The second system is a “criminal legal system,” a regulatory regime characterized by prosecutions for offenses like drug crimes, drunk driving, unlawful immigration, and weapons possession. These prosecution are, at best, intended to achieve broad policy goals; but they are not efforts to deliver “justice.” Using historical data and a candid explanation of how cases move through America’s courts, the book shows that, while both systems became more punitive over time, the progression to mass incarceration hinged on a transformation of what was once, predominantly, a “criminal justice system” to a “criminal legal system.”

This shift not only filled prisons and jails but also introduced tremendous discretion into decisions about who was incarcerated. That discretion plays out in myriad ways but one of the most interesting is that the data show that law enforcement actors increasingly focused not solely on the crimes that were most severe, but also on the ones that were easiest to detect and punish – a distortion that exacerbated disproportionate impacts on poor and minority communities. The final part of the book leverages the descriptive work in the preceding portions to propose a framework for ending the country’s incarceration addiction. The path forward begins in the past, by identifying and then undoing the unnecessary changes we’ve made with respect to incarceration since the 1970s. As the book discusses, this framing of the solution is notably distinct from, and arguably preferable to, the two most common framings in modern discourse: abolition and incremental reform.

About the Author: Jeffrey Bellin

Jeffrey Bellin is the Mills E. Godwin, Jr., Professor at William and Mary Law School. Prior to becoming a law professor, Bellin served as a prosecutor in Washington, DC....