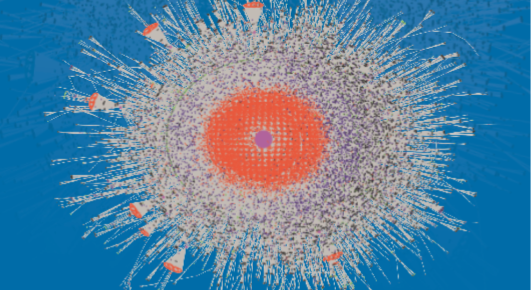 Authoritarian government seems to be a rising force. Over 40 countries are presently autocratic with around 55% of the world’s population living under some form of authoritarian regime. At the same time, even in stable democracies, many citizens feel discontent with their political arrangements, especially young people. For example, in the UK, 61% of 18-34s agree that “having a strong leader who does not have to bother with parliament and elections would be a good way of governing this country”, while a quarter think “democracy is a bad way of governing the country” (Onward, 2022). Some of their reservations can be attributed to a benign view of authoritarianism’s capabilities. But do such perceptions have any serious basis in reality? The evidence suggests we should be sceptical.  For although authoritarian regimes may be capable of stimulating growth, or the appearance of growth, they are poor at sustaining it. And the tensions that they generate not infrequently lead them to implode. Indeed, their Achilles heels may be less about political legitimacy, but more about the consequences of how their economies are managed, and how income and wealth are distributed.

It has long been recognised that authoritarian regimes commonly eschew secure property rights, transparent incentives for investment and innovation while grossly favouring the few. What is less well recognised is that despite different strains of authoritarianism, they have a common bedrock of supportive interests coalesced around well-connected companies and individuals (sometimes closely linked to the military) with the state as the main enabler and, often, the principal financing agency. Those who are connected tend to be limited in number, whilst the returns to those connections tend to be substantial. What results is invariably the accretion of economic and financial scale and influence by those able to leverage these connections. Ultimately, the most notable consequence tends to be the accumulation of monopoly power through the increasing concentration of markets, even if corruption and dubious practice tends to attract more attention.

What implications do these features have for economic performance? The evidence suggests that democracy is mostly supportive to growth. Further, autocracies tend to be subject to more volatility. Even so, it is sometimes asserted that autocracies have displayed greater competence in managing their economies. Certainly, Russia’s imbalanced and inefficient structures suggest this is not the case. The same applies to the economic woes bestowed on Turkey by its strongman, Erdogan. But it is China about which the economic competence argument is usually made. For, however unreliable the data, the fruits of more than thirty years of rapid growth are there for all to see.  Yet, China’s growth has been largely extensive in nature: the application of more capital and labour along with the suppression of domestic consumption. Although the Chinese state in recent decades has proven adept at supporting such growth, with higher incomes the challenge now is whether it can shift to growth driven by innovation.

Why are most authoritarian regimes not very good at innovation? For a start, innovation challenges the way that things are being done and relies on the open exchange of ideas and arguments. It needs environments that support creativity, risk-taking, experimentation and an acceptance of trial and error. None of these attributes come easily to the gamut of authoritarian regimes.

And even when innovation lies above the line – as in China – it is important to note that the political system affects not only the amount of innovation but also its form. This is a pattern we also saw in the Soviet Union which could launch Sputnik and build intercontinental ballistic weapons but could not produce reliable cars or TVs, let alone computers. As such, pet strategic projects, often with military or security dimensions, can be very well implemented. It should probably be no surprise that in China, some recent advances have been in fields that facilitate social control, such as facial recognition technology. Creating wider benefits for consumers often takes a back seat, although China is clearly a notable improvement over the Soviet Union in this respect. In sum, the ground swell of authoritarianism masks its fragilities.  Modern autocracies and illiberal regimes may be wily, but they also tend to be brittle, with limited ability for adaptation. Above all, they are based on systems of economic and political governance that concentrate power and resources in the hands of relatively few whilst making the public finances their funding spigot. What is also clear is that such systems foster gross inequalities, incompetence, venality and, ultimately, poor economic performance.  Economic policy tends to be subordinated to political imperatives, even the whims of leaders. In short, authoritarianism has not, in our view, found a magical source for longevity, including in the world’s most dynamic region, Asia.

About the Author: Saul Estrin

Saul Estrin is Professor Emeritus of Managerial Economics and Strategy at London School of Economics....

About the Author: Simon Commander

Simon Commander is Managing Partner of Altura Partners and Visiting Professor of Economics at IE Business School in Madrid....