NOT ONLY EVIDENCE BUT ALSO COMMITMENT TO GOD AND THE GOOD: LET US TAKE A SPIRITUAL TURN IN EPISTEMOLOGY 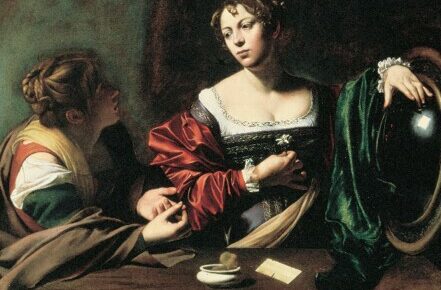 It is commonly believed that to attain knowledge, one should always be ready to replace one’s previously held convictions with beliefs that appear to be supported by more evidence. I call this view mere epistemology. It seems incorrigible, which is why it is usually taken for granted by practitioners in every field as well as philosophers of various orientation.

In this book, I first argue that there are various problems with mere epistemology. I then explore the opposite view, which can be exemplified by Christian faith. Believers seem expected to commit themselves to God and to related beliefs no matter how convincing the evidence contradicting such beliefs may appear to them to be. Also, I argue that this causes various beneficial effects on the intellectual activity; furthermore, it determines in some measure unbelievers also. Both believers and unbelievers can commit themselves to God and the good, respectively. This may enable them to generate the best possible condition to successfully conduct rational enquiries and discussions.

This is what I call spiritual turn the assumption of good habits in the intellectual enterprise. It is a turn from mere epistemology, whose supporters first commit themselves to the search for truth – they maintain that every commitment must firstly be determined epistemically, and this is the reason why I call this view mere epistemology. Unlike them, those who take the spiritual turn first commit themselves to God and the good, based on the conviction that spiritual betterment brings with it the ability to perfect any human activity, including the intellectual one.

In Chapter 1, I focus on how Reformed epistemologists and John Henry Newman have criticized Locke’s view of faith and reason, a view which the author, too, rejects. My argument is that their original and intellectually penetrating criticisms are only relatively satisfactory once considered from the viewpoint of the spiritual turn here under consideration.

In Chapter 2, I focus on Reid’s reference to the specific way the Christian faith requires to be related to rational arguments. From both philosophical and scientific investigations that Reid conducted, it emerges that the influence, which he argued faith is expected to have on reason, does not limit the autonomy of the rational investigation.

In Chapter 3, I first reject interpretations of Aquinas, which I call ‘Lockean’ because, in the footsteps of Locke, they focus on faith and reason without taking into consideration what seems to be specific of faith, i.e., the divine grace because of which the faithful believe. Then, I concentrate upon the theological standpoint from which Aquinas looks at the matter. Finally, I consider the consequences of Aquinas’s view as to the inconclusiveness that often affects debates, especially the religious ones.

In Chapter 4, I argue that the firmness of faith championed by outstanding representatives of the Christian tradition is incompatible with mere epistemology, according to which one should always prefer beliefs supported by more evidence to beliefs supported by less evidence. I consider and refute some perspectives that more or less implicitly minimize this incompatibility. I argue that the Christian faith offers an opportunity to rethink the nature and purpose of debates and to develop a wider and more fruitful epistemological view.

In Chapter 5, I first explore the relationship between the search for truth and the act of doing good. I then show some of the benefits that the adoption of the spiritual turn in epistemology offers to debaters. To this end, I focus on subjects such as divine hiddenness, no-fault unbelief, and religious diversity.

In Chapter 6, I first compare the spiritual turn with virtue epistemology, which only seemingly resembles it. I then reinforce my thesis (i.e., the idea that the ST should be taken) by arguing that all debaters seem to implicitly take on various commitments, commitments to certain goods and related beliefs that are seen as indispensable and undeniable in contemporary Western society. Consequently, all debaters – both believers and unbelievers – may take the spiritual turn and find themselves in the best possible condition to improve intellectual investigations and debates, including the ability to achieve conclusiveness. Finally, I provide a list of concluding remarks, aimed at showing which benefits the adoption of the spiritual turn in epistemology can grant on both believers and unbelievers.

About the Author: Roberto Di Ceglie

Roberto Di Ceglie is full professor in the Department of Philosophy of the Pontifical Lateran University. The author of Aquinas on Faith, Reason, and Charity (Routledge, 2022), he has published in journals such as Philosophy, International Journal for Philosophy of Religion, Sophia, and Philosophia....