Invitation to a Witch Hunt 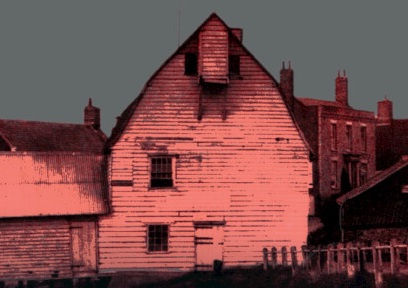 One gloomy afternoon in November 1991 I was handed a photocopy of a news pamphlet, a printed Elizabethan booklet containing the story of a witch trial held in 1582. I’d had no idea there was anything like a “newspaper” in Elizabethan England until that moment. I’d read plays, poems, frankly impenetrable treatises about governance and religion. But here was a report about people beyond the educated elite. I knew about the Shakespeares, Bacons and Donnes who frequented the court, theatres, cathedrals and taverns of London, but this news pamphlet let me read the stories of Elizabethan people I’d never heard from before. They were women who farmed small acreages in remote Essex villages, who spun wool, dyed cloth and minded children for a living. The women told me about their practical skills – baking bread, milking cows, brewing beer – and also about the intimate experiences that had shaped their lives, their marriages, bereavements and the nightmares their children had. I riffled through the photocopy trying to match up details, decide who might have known whom, which families lived next door to each other. Four hours later I looked up from the pamphlet and discovered it was dusk. I was in my final year as an undergraduate at Exeter University and I needed to get home before dark. But I was utterly enchanted by what I’d read.

The Essex women and their menfolk lived in five villages along the east coast, around the regional centre of St Osyth, a port and old monastic site. By the 1580s, it was losing its historic significance and becoming a backwater. It had a vast mansion belonging to Lord Darcy, but little else to make it wealthy or well known. The villagers in the pamphlet had only been allowed to tell their stories beyond their tiny communities because many of them had been accused of witchcraft. This was international news. Their words in the pamphlet came from their statements to a magistrate who was questioning them about their supposed crimes. Some were said to have killed children by causing them to fall out of their cradles or succumb to mysterious wasting diseases. Some were said to have attacked farm animals or domestic processes, killing horses or causing milk to go sour. Particularly puzzling stories were told by some who actually admitted keeping animal-shaped devils in their homes, little demonic cats and toads. Why were they saying these things? Did they really believe their pets were evil? Did they honestly think they were themselves witches? These were confessions that would get them killed under the Witchcraft Act of 1563, which condemned convicted witches to imprisonment at best and hanging at worst. And some of the women whose stories I read were indeed hanged. I read the verdicts against them with horror. What could I do to right this wrong?

The answer is, of course, nothing – my twenty year old self wrote an angry essay about Milton and misogyny, mentioning witches, but that was all. However, I knew that what I could do one day was find out as much as possible about the victims of these witchcraft accusations. I could restore to them some other identity than that of “witch”. So I’ve been wanting to do the research for this book, which tells the story of the accused people and their accusers, for thirty years. Why didn’t I do it before? Well, time passed: emails were answered, meetings chaired and students taught. Meanwhile, records began to be digitised and archives improved their catalogues, making it easier to find documents. I learned how to read Elizabethan handwriting and about the processes of law courts and estate management. And in 2019 and 2020 I finally visited St Osyth, the village at the heart of the witchcraft scare. It was winter, the fields sodden and muddy, the enormous skies grey. But I was thrilled. At last I could fill in the blanks. I hope you’ll find the story of the St Osyth “witches” as fascinating as I do.

About the Author: Marion Gibson

Marion Gibson is Professor of Renaissance and Magical Literatures at the University of Exeter. She writes about witches and magic in history, and when archives re-open she will resume working on her new book, The Witches of St. Osyth, for CUP. She also serves as general editor for the same publisher of a new Elements series titled ‘Elements in Ma...