What’s Turkey doing (yet again)? : Between Kurds and Greeks 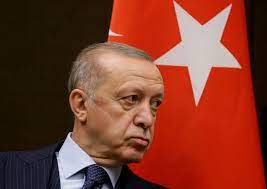 Perhaps no question concerning the Middle East and Europe today has been more loudly asked than the question “What’s Turkey doing (yet again)?”. Rightfully so, for, Turkey, once hailed by the international community as a role model in its region, has become an increasingly ‘unpredictable’ and ‘unintelligible’ actor in the last 10 years of the governing Justice and Development Party (AKP). To exemplify, Turkey currently flexes its military muscle for another wave of major attack against the US-backed Kurdish forces in Syria, and keeps Finland and Sweden at the gate of NATO, while actively participating in several NATO missions and selling armed drones to Ukraine against the Russian invasion. It’s been keeping the Turkish Straits shut to Russian military vessels, while procuring S-400 defense systems from Russia and intending to act as a peace breaker in the Ukrainian conflict. If you ask President Erdogan and his entourage, there is nothing surprising about any of that, for this is precisely what the “new Turkey”, as they like to call it, is about. Geopolitically speaking, they say the new Turkey is both a staunch NATO ally and an independent regional player struggling against western imperialism. Economically, it is a fully functional market economy, but one that thinks outside the box, implementing policies against western economic ‘dogmas’. Politically, it is a liberal democracy, yet one with Turkish characteristics. For several critical commentators, however, whatever Erdogan himself chooses to believe, Turkey is now a textbook case for nationalist authoritarianism, economic irrationality and geopolitical aggressiveness.

What rests behind the ‘randomization’ of Turkish geopolitical economy and what are its limits? In fact, the randomization of Turkey’s foreign policy has been fueled, at least partly, by the randomization of its political economy and vice versa. That is, on the political economy front, what has become crystal clear since the last decade is that with the downturn in global economy and the concomitant draining of available credit channels, the AKP is no longer able to solve the heightening social contradictions at home through the financialized and rule-based forms of economic management. Aggravated by the shift in 2018 from the long-standing parliamentary system to a centralized Russian-style presidential one, economic management has become more and more short-termist, arbitrary and unaccountable, all to meet the government’s debt recycling requirements and electoral concerns as well as the credit needs of an increasingly indebted population. The lack of a clear and consistent economic strategy, perhaps useful for addressing some immediate financial and electoral concerns, has ultimately paved the way for a series of currency crisis, extreme inflation and widespread poverty.

When economic incentives and imperatives were not enough to mute societal dissent and demands, the AKP has not only resorted to increasingly authoritarian measures to undermine existing constitutional political rights, but has also excessively instrumentalized foreign policy for domestic purposes. It has used foreign policy decisions as a way of diverting attention from domestic economic crisis and a way of capitalizing on nationalist sentiments, which in turn further undermined and randomized economic management in Turkey. Most notably, the AKP cadres saw the Arab Spring as an opportunity to redesign the region and prop up the ailing popular support to the government at home. Turkey has forced regime change, sought alliances outside the west, armed local groups, and get militarily involved in various conflict zones in Turkey’s (extended) neighborhood, most notably in Syria and Libya, in a desperate move to fill in the power vacuum and hold up its domestic image as a regional superpower.

In Syria, the bone of contention has been the US-backed People’s Protection Units (YPG), an organization that has deep connections to the Turkey-based Kurdistan Workers Party (PKK). PKK has been waging guerilla warfare against Turkey since the 1980s, and while it is considered a terrorist organization by the US and the EU, the YPG is not. The US has partnered up with and provided financial and military support to the YPG in an effort to fight ISIS and limit the Russian and Iranian influence in the region. Turkey has been adamantly opposed to the US backing of the YPG, raising ‘existential’ security concerns. It has pressed for the formation of a 30-km-deep buffer zone along its 800-km-long border with Syria to protect its borders from YPG attacks (if any) and to resettle Syrians who have been displaced by the conflict. Indeed, to this end, Turkey, empowered by a rapidly growing indigenous arms industry, has carried out four major cross-border operations since 2016, one against ISIL and three of which resulted in the invasion of parts of the YPG-controlled areas in Northern Syria.

Whether or not one agrees with AKP’s security concerns, it is far from clear how the proposed solution, i.e. establishing a 800-km-long buffer zone, can improve Turkey’s safety. Let alone the near impossibility of effectively securing such a long corridor, there are huge question marks concerning the logistics of how to resettle and provide millions of displaced Syrians their most basic needs (food, water and jobs) in an economically sustainable way. Moreover, the so-called “buffer zone” practically shifts the Turkish border into the Syrian territory, hence not necessarily protecting the lives of Turkish soldiers. From this angle, Turkey’s invasion of northern Syria looks much less about Turkey’s security per se, and much more about scoring easy geopolitical points for domestic consumption, and obtaining geopolitical bargaining chips that can be used in the future rounds of international negotiations for Syria.

Yet, on the flipside, while such unilateral geopolitical maneuvers seemed to have paid off for some time in terms of amplifying Erdogan’s grandeur image at home and mustering domestic popular support, they also led to Turkey’s increased diplomatic isolation within the Western alliance and the region, instigating the emergence of rival spatialization strategies. Most notably, Greece, frightened and emboldened by the increasingly assertive and unilateral moves of its eastern neighbor, has successfully internationalized the long-lasting bilateral issues over the Eastern Mediterranean, culminating in the formation of international alliances in the region against Turkey. Greece has traditionally had quite maximalist claims in terms of territorial waters in the Aegean and the delimitation of exclusive economic zones in Eastern Mediterranean, which together raises the fear on the Turkish side that Turkey’s access to international seas will be blocked. Yet, Turkey’s intervention in the Libyan civil war in 2019 and the subsequent announcement of an equally maximalist maritime delimitation agreement between Turkey and Libya has escalated geopolitical tensions in the Eastern Mediterranean to a completely different level. Turkey has consequently claimed a huge chunk of the Eastern Mediterranean as its new ‘Blue Homeland’, an officially proclaimed and legally dubious doctrine that gives Turkey energy exploration rights in very close proximity to even big Greek islands such as Crete. In return, against what it sees as Turkish encroachments on its sovereignty, Greece has signed bilateral defense agreements with France and the United States.

France has long been disturbed by the rise of Turkey as a contending economic and military player in Libya and Sub-Saharan Africa. As a result of the Franco-Greek defense deal (2021) France has promised to come to the aid of Greece in the event of an ‘external’ threat (even if the ‘aggressor’ is a NATO member), and Greece has procured or is in the process of obtaining highly advanced Rafale fighter jets and battleships from France, which the Turkish air force and navy can barely match. What is more, the Turkish-US stalemate in Syria seems to have convinced the US that the balance of power which it has traditionally kept between Turkey and Greece may not be worth maintaining any longer. For one thing, while opening new US bases in Greece and upgrading Greek F-16 fighter jets, it’s been holding off Turkish demands to modernize its air force. For another, following the Greek prime minister’s visit to Washington last month, the US seems very likely to greenlight the sale of F-35 stealth fighter jets to Greece, whereas it removed Turkey from the F-35 co-production program after it purchased Russian S-400 defense systems. Should Greece obtain F-35s, it will acquire critical striking abilities deep into Anatolia without even being detected by Turkish radars, which is a massive game-changer tipping the balance of power between the two NATO rivals across the Aegean.

Overall, then, it seems that the actual and potential costs of Turkey’s geopolitical adventurism begin to massively outweigh its political and economic ‘benefits’. Therefore, approaching the centennial of the establishment of the Turkish republic, policy makers in Turkey are coming to a major crossroad. On the one hand, they can perpetuate their self-deceptive and self-defeating nationalism by continuing the never-ending war against PKK and YPG. This may bring some easy territorial gains in Syria as well as help the AKP remain in power by consolidating nationalist voters. Yet, this will also put extra strain on Turkish-American relations, further undermining Turkey’s security interests vis a vis Greece. Moreover, although the war in Ukraine seems to have reminded the West the geopolitical significance of Turkey, hence strengthening Erdogan’s hand in the region, one thing should not be forgotten:  overconfident and short-termist foreign policy decisions will sooner or later lead to Turkey’s further diplomatic isolation, while weakening the already ailing economy, aggravating the authoritarianism and randomization of Erdogan’s regime at home.

On the other hand, however, Turkish policy makers can choose to take a radically different path: they can end the 40-year-long inconclusive war by fixing their own Kurdish problem. They can recognize the new international realities on the ground and initiate another ‘peace process’ to solve its own Kurdish problem, which is something they tried between 2013 and 2015, but collapsed as a result of mistakes made, in my view, by both sides of the negotiations. If Turkey manages to de-militarize its own Kurdish issue, this would de-radicalize the YPG as well as normalize its relations with the US and the West in general. Normalizing the relations with the US would help the restoration of power balances in the Aegean and Eastern Mediterranean, a reversion to the status quo ante, which is the only basis from which we can hope to reach a solution for the “Aegean Cold War” through diplomatic means.

In short, Turkish foreign policy is too important to be left to the whims of a single man. Turkey needs to democratize its internal politics and rationalize its foreign policy. The extent to which this can be achieved will determine the political and international texture of post-Erdogan Turkey.

About the Author: Eren Duzgun