The Humanisation of Global Politics 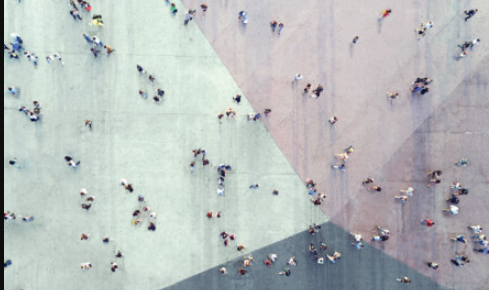 Who matters in global politics? For a long time, the answer the majority of International Relations (IR) scholarship gave was simple: states. Then, gradually new actors appeared on the stage of global politics, or those who always had been there received more attention: Civil society actors, multinational corporations, international organisations, international courts and tribunals, and the individual human being. As a result, IR scholarship and International Law (IL) scholarship, at least in parts adapted to these developments or approaches that had long argued for the importance of looking beyond the state, began to receive more attention. Yet, by looking at today’s global crises – Russia’s war against Ukraine, the COVID-19 pandemic, and the climate crisis – one may wonder whether we may need a return of state-focused scholarship, given the important role states undoubtedly play in these crises.

As I will illustrate in this brief contribution, the contrary is true. By (re)focusing our attention on the individual human being in global politics, we can better understand what is going on and what it means for the lives of those affected by global crises if we study the humanisation of global politics. I begin this contribution with a brief survey of the role of the individual human being in both International Relations (IR) and International Law (IL) scholarship. I then present what I mean when talking about the humanisation of global politics: What is it? Where can we observe it? What does it mean for global politics and for those who study it? Finally, I close the contribution with some reflections on current events and how a perspective of humanisation can help us to grasp better what is going on.

Humans and what they do and say are central to the study of global politics, both in terms of politics and law. When looking at IR, one core discipline concerned with studying global politics, we see that many approaches do not focus on humans directly. Instead, they focus on actors such as states, international organisations and civil society actors. Scholars also turn to structural aspects of global politics or study essential concepts such as norms, identity, race, or gender. Humans appear in all of these studies and analyses, but often in an intermediary position, as citizens of states, for example, as those who do something with, for example, norms, or as “carriers” – to borrow a term from Max Weber here – of ideas and norms. Notably, feminist scholarship has argued for a long time to consider the gendered experience of humans in studying global politics and has demonstrated the importance of doing so and the insights such as perspective offers. Constructivism enables scholars to take up such a perspective through its focus on agency and its emphasis on the socially constructed nature of reality, including actors.

IL scholarship is the other core discipline concerned with studying global politics. In international law, humans have been central actors for some time. In 1946, Lauterpacht wrote about humans as the “ultimate unit of all law”. This is especially true for international criminal law, which is, of course, centred around the prosecution and punishment of individuals. As was famously noted in the Nuremberg trials, “Crimes against international law are committed by men, not by abstract entities […]”. Individuals as both victims and perpetrators of crimes are a central feature of international criminal law. IL scholars debate how to conceptualise the individual human being. Some scholars use the well-known distinction between subjects and objects of international law. Others focus on the notion of international legal personality. A third group of scholars works with the notion of participants, a concept I also adapt in my work. Furthermore, individual human beings are discussed in the context of human rights. Irrespective of these conceptual questions, there is little doubt that the individual human being matters for international law and has a place in it. In the next part, I turn to humanisation as a term capable of encompassing these developments and as a key issue for studying global politics.

Humanisation as a key issue for studying global politics

Humans play a central role in global politics. And while both disciplines primarily concerned with global politics – IR and IL – have engaged with the human being in various ways, a more in-depth study of their position and participation in global politics is needed. Humanisation is the central concept that can serve as a focal point of such studies. It refers to the growing appearance of and reference to individual human beings in discourses of global politics. Discourses are here understood as utterances and materialised debates and discussions in the form of text, encompassing both words and practices. It “[…] is the space where human beings make sense of the material world […].”

War, Pandemics, Climate – Where is the human in this?

In the final part of this contribution, I want to return to the issue I raised in the beginning: Is humanisation really the appropriate term and concept when looking at current and ongoing crises such as the Russian war against Ukraine, the climate crisis, or the COVID-19 pandemic? Couldn’t one argue that these crises are more concerned with structural aspects of global politics, the role of states and international organisations, and issues of international law concerning the use of force? That is undoubtedly true, and in studying these events, trying to make sense of them, and understanding what is going on, we need to take structural aspects into account. We need to look at states and intentional organisations. However, our picture remains incomplete if we leave out the individual human being. As Christine Sylvester has argued, human beings are more than data points. War takes place between groups or states, but it is individual human beings who fight, who die, and who suffer. The climate crisis is a global and ecological phenomenon, and humans are the ones that suffer. At the same time, the crisis is caused by humans and can only be stopped by human actions. Likewise, the COVID-19 pandemic causes suffering for humans. While it may be hard at times to see the individual human being behind all the statistics and numbers, it is essential to remember that, again, individual human beings suffer from the pandemic. In a nutshell, the humanisation of global politics as a phenomenon is ubiquitous in global politics. Taking into account the individual human being on their own – theoretically, conceptually, and analytically – and understanding them as a participant in global politics amongst all others allows for a more complete analysis of global politics.

About the Author: Sassan Gholiagha

Has the Communist Party of China ...