Spies, Writers, and the Cold War in Latin America 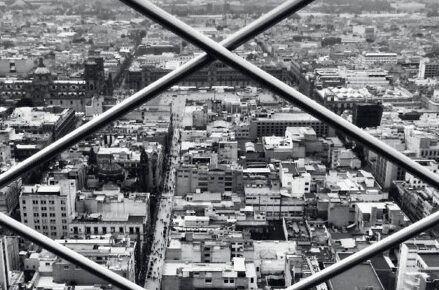 What was the impact of surveillance on writers? If a writer is under surveillance by secret police agents, and he or she knows it, does that change what he or she wrote? Would the literature be a reply, a repudiation, an angry answer to the surveillance?

During the Cold war years, in several Latin American countries, many artists and writers were followed and spied on by secret police agents. These spies jotted down conversations in bars, parks, and cafes. They took notes at conferences about Hegel’s phenomenology of the spirit and about Frida Kahlo’s political art. They photographed people who visited García Márquez’ home in Mexico City or who spent time with Pablo Neruda in Atlántida, Uruguay. These writings and visual documents found their way into different archives: well-organized archives, archives whose very existence was denied, archives that are still being discovered.

My book, Surveillance, the Cold War, and Latin American Literature, studies these remarkable materials in Mexico, Guatemala, Chile, Uruguay, and the former GDR (the Stasi followed Latin American exiles). I read thousands of pages of police reports on writers and artists such as Kahlo, Neruda, García Marquez, José Revueltas, Mario Payeras, David Siqueiros, and many others; and alongside those reports I read the poems, novels, essays, short stories, public statements by the writers and artists.

Together, the spies’ reports and the authors’ oeuvre, create a fascinating cultural text. Reading them synoptically gives new perspective into the structure of feeling of Latin America’s Cultural Cold War. The archive, of course, plays a fundamental role: it was ‘there’ (a place which boundaries are porous; a time and space that is, simultaneously, condemnation and salvation) where I found the writings of the spies. Thus, reading these texts meant to open the archive, to illuminate it; while, also, it meant to enter go deeper into the archive, to become a part of it.

As we know, truth is a key question of/in the archive. The search for truth—a revolutionary or reactionary truth—was at stake during the Cold War. Truth was at the center of the debate between Peace and Freedom, the emblems that Left and Right made, respectively, their own. But, where was the left and where was the right? Revueltas and García Márquez, writers with very different styles, show how the modes of observing and classifying reality should be reconsidered. And this is the larger question that I think through in my book: how was reality conceived and created during those years; how was the structure that emanated from power (the state, the government, the secret police) formed?

One thing is certain: it did not emerge ex nihilo. We can trace it back to the beginnings of what is often called modernity. In Surveillance I connect the creation of reality as it was ‘invented’ during the early 1400s by Filippo Brunelleschi with the surveillance exercised by secret polices of dictatorships and authoritarian regimes in Latin America. In this trajectory there are several essential moments: Alberti’s rules of perspective, Galilei’s use of the telescope, Bentham and his panopticon (of course), and Barker’s panorama. (The reader will most likely add a few more). The reality envisioned and invented by the dictatorships in Latin America during the Cold War is a result (unwanted, disgraceful) of those moments. It is a reality and a Cold War logic that continues with us today. But also, a reality that is confronted by the power of literature itself.

About the Author: Daniel Noemi Voionmaa

Daniel Noemi Voionmaa is a scholar of Latin American literature and culture at Northeastern University. He has written about avant-garde, realism, and poverty. His most recent book, En tiempo fugitivo (2016) is a 'fundamental essay' about contemporary literature. He also writes for newspapers in Chile. He is currently working on a project about foo...