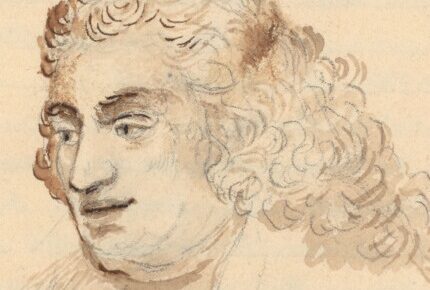 As Covid-19 spread across Europe in early 2020, my wife and I were in Seville, Spain, where we were spending three months reading, writing, walking, and enjoying the Andalusian cuisine, language, people, and climate. As the infection spread, the WHO declared a pandemic, and lockdown began to look imminent in the USA, we realized that it would be easier to handle what was coming in our own home in Pennsylvania, so on the 1st March we left Seville, just as the door shut behind us.

The pandemic of 2020, as we know, brought death, loss and suffering to millions of people worldwide. Fortunate as we were in comparison to most people, the lockdown we experienced was one of the strangest and most difficult periods of my life, but also one that provided unexpected pleasures and opportunities for learning. Living in a lovely, semi-rural, green, clean, sparsely populated, and relatively affluent part of Pennsylvania, we were comparatively protected and privileged, but our lives suddenly became solitary, quiet, highly structured, stark, and outwardly very simple. The populous, energetic life of New York, Madrid, Granada, and Seville – our recent haunts – suddenly stood in stark contrast to the solitary, quiet country lives we were leading. With two adult daughters also in the home for periods of time, we had family time – usually around dinner – and we had alone time. A lot of alone time. Alone, we walked in local parks and countryside, shopped (masked) at unsocial hours, to minimize contact with other. We cooked, exercised, cleaned, watched movies, zoomed into classes, conversations, and conferences, read, thought, and wrote. There was a lot of walking through all kinds of weather and a lot of thinking. And in my case, I wrote and compiled The New Cambridge Companion to Samuel Johnson. This book is, veritably, A-Covid-Lockdown-Production, and in many ways is steeped in the experiences of the pandemic.

Having been a scholar of the life and writings of Johnson and eighteenth-century literature and culture since my undergraduate days (1970s), I had long valued the variety and depths of Johnson’s many kinds of writing (which includes poems, moral essays, fiction, political journalism, a dictionary, an edition of Shakespeare, biographies, literary criticism, travelogues, translations, sermons, prayers, legal briefs, diaries, ghost-written pieces on tea, music, engineering, medicine, chess, among other subjects, and letters). Even after many years, the serious reader of Johnson knows that there are always likely to be new challenges, surprises, instruction and pleasure when picking up any work by Johnson. It is one of the reasons that, rooted though he may be in traditional, Classical, Christian, Western humanist values, his thinking and writing also strike a chord with the preoccupations and perspectives of contemporary readers, including undergraduates, and not only in anglophone countries, but also in China, Japan, Singapore, Turkey, and Spain. Johnson is, as he says of the seventeenth-century poet, John Dryden, “always another and the same; he does not exhibit a second time the same elegances in the same form, nor appears to have any art other than that of expressing with clearness what he thinks with vigour.” This gorgeous statement evokes something deeply natural and comforting about Johnson himself: an ability to open up new insights or stimulate new feelings in the reader when engaging with works he or she has read a hundred times, while, at the same time, being able to seize the attention of new readers, who may only have heard Johnson’s name but never read any of his works. In fact, this was the case with the great, internationally acclaimed South African writer, Antjie Krog, who, on reading Johnson’s Rasselas for the first time expressed her wonder to me in a private email: “the first three chapters slid down my literary throat – parched and exhausted by editing six manuscripts of bad prose in bad english – like cool clear ice. goeie got!! i hid it [the book] deep in that heavy suitcase of mine, it will only be opened when i have finished editing by the end of october, but like one freshly in love my mind goes back to that feeling again and again.”

Being “another and the same” is another way of saying that Johnson is a classic of English literature.

But during the long, seemingly endless days and nights of lockdown 2020, suspended, as we were, between an ordinary past that was now irretrievably gone, and an uncertain future in which each new health disaster and social emergency were declared to be the “new normal,” I became aware, to my surprise and delight, that Johnson was imparting to me something new and unexpected. There was always, of course, his clear eyed, grounded, ironic recognition and analysis of bad faith, the hidden motive, and the seemingly universal tendency to resort to “fake news” and “alternate facts” for the purposes of power and personal gain, with which we have become so familiar. This was indeed a salutary intelligence to commune with during the latter days of the Trump administration. But Samuel Johnson’s uncompromising ways of handling human effort and error, and his ability to find, in one verbal form or another, some hope, some purpose, some dignity in human ignorance and folly, began to give me a perspective on and tools for thinking about the eternal present engendered by Covid-time. For the eternity which the pandemic had unleashed was, apparently, well known to Johnson. This was his experience of time; for, as he put it in Rambler number 41, “almost all we can be said to enjoy is past or future; the present is in perpetual motion, leaves us as soon as it arrives, ceases to be present before its presence is well perceived, and is only known to have existed by the effects which it leaves behind.”

This Johnsonian present, however, is not eternal because it is monolithic and unchangeable; we do not stand outside of it, and we are not its victim. Johnson’s present is time itself, constantly changing, and constantly changing us as we move within its flow. His texts are thus open to our readings and revisions, even while remaining themselves. Rare as such apprehensions and embodiments of ordinary human experience are in works of literature, they are not unique to Samuel Johnson. They are to be found, for example, in Kathryn Schultz’s beautiful, powerful memoir, Lost and Found (2022), in which to lose and to find, and to be lost and to be found are revealed to be aspects of the same experience of time—past, passing and present—when we are receptive to it. They are to be found, too, in the rueful wonder and wisdom of A.C. Stallings’ poem, “After a Greek Proverb” (2012), where the Greek proverb, Ουδέν μονιμότερον του προσωρινού [nothing more permanent than the temporary], informs the lovely, tragi-comic acceptance that, notwithstanding our assumptions of permanence and control, we stand within the flow of time, where impermanence is our medium and our nature. The change of perspective on these human experiences that Johnson enables—including on the hurly-burly of cultural and political life—and that Schulz and Stallings share in their own ways, is one that can change (almost) everything of importance—fear can become courage, despair hope, helplessness purposefulness, tragedy comedy, endings beginnings. Experiencing Johnson’s transformativeness anew while making The New Cambridge Companion to Samuel Johnson during my lockdown year, was for me like “cool, clear ice” after a long thirst. I hope this book will be an occasion for readers to make similar discoveries of their own.

About the Author: Greg Clingham