“How did hesitation, equivocation, compromise, and serendipity give shape to a Reformation driven by a handful of determined people?” 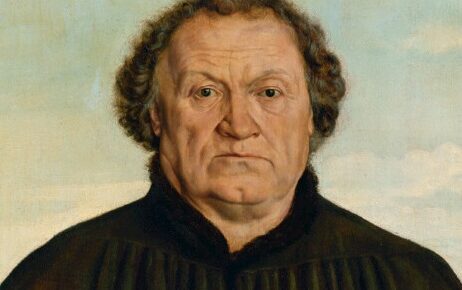 In my last book, Luther, Conflict, and Christendom, which Cambridge published in 2018, I tried to find an organic way to understand the effects of context and circumstance on one of the great defining controversies of European religion, the conflict over Martin Luther. There never had been a condemned heretic who did as well as Luther did. But like some other historians, I hesitate to describe him as a self-driven, Protestant success story. My book describes a “Luther affair” slipping into a lingering state of irresolution, exactly when it was being driven hard toward a decisive conclusion. In that book, I reached beyond the thought and deeds of reformers to study the on-going force of what were originally late medieval habits and behaviors: in popular unrest, in the kaleidoscope of Europe’s aristocracies, and in conflict. The Reformation, I argued, did little to change medieval polemical attitudes toward Judaism and Islam, leaving Protestants and Catholics united by that shared antipathy, even while they were simultaneously entangled by their entrenched opposition to one another. What arose out of that Protestant-Catholic polarization during such lingering, unresolved conflict was a particular formation of pluralism in Europe and the west, one dominated by Protestant-Catholic difference, yet marked by shared biases against non-Christians, by many minute religious disagreements within the main Protestant and Catholic parties, and by a complex relationship with the rational philosophy that mocked those disagreements as infantile sophistry.

That book asked how circumstances shaped Europe’s particular religious configuration. This book, The Hybrid Reformation, a follow-up, is a collection of essays framed by a slightly different inquiry. How did hesitation, equivocation, compromise, and serendipity give shape to a Reformation driven by a handful of determined people? While Luther, Conflict, and Christendom focused on the power of the conglomerate of circumstances, group behavior, and impersonal social forces, I am searching here for a way to recognize the constructive energy of the Reformation’s central figures – reformers, counter-reformers, and their supporters – in the light of more diffused expressions of human autonomy among, broadly speaking, ordinary people. By ordinary people I mean those who were subjected to religious and political authorities but exercised their freedom in spite of or against oppressive limitations. Their variety, willfulness, and ingenuity are what keep me from approaching the Reformation as a simple matter of the reception of reforming ideas and practices, top-down or center to periphery. And yet I am not really describing a Reformation ‘from below’. Like some of the people at the center of this book, I resist choosing one vantage point over the other – theologian over layperson, common men and women over magistrates, scholars, and elites. I am looking for the comprehensive, interconnected, status-crossing mean sometimes created by religion.

This book reexamines basic categories of the social and intellectual histories of Reformation Europe, and especially Germany, as evidence of a hybrid movement shaped not only by Protestant-Catholic polarization, but also by people resisting or avoiding the polarizers. The resisters were gripped by “third forces” that included the Peasants War, Anabaptism, doctrinal apathy, late medieval scholasticism, humanism, “libertines,” and biblical allegory. To make my case, I pursue new approaches to all these things, and I offer new ways to view nominalism and its relationship to Luther’s theology, Calvin and pantheism, Erasmus and scholasticism, and the rise of – and reactions to – historical-critical interpretations of the bible. It seems to me crucial, in cultural history, to use a kind of combinatory method, one which mingles the methods that often separate those who work primarily in rare book and manuscript libraries from those who dig in the archives. I hope this book will be seen as at least a strong gesture in that direction. Maybe it is urgent, in a time like ours, to study history this way, listening for faint signals of potential compromise and transgressions of dogma and intolerant conviction, reaching us hopefully from a deeply hidden past.

About the Author: Christopher Ocker

Christopher Ocker is Assistant Provost and Professor of History at The Graduate School of Theology, University of Redlands, and member of the Core Doctoral faculty of the Graduate Theological Union, Berkeley. He is the author of Biblical Poetics before Humanism and Reformation, Church Robbers and Reformers in Germany, 1525-1547 (2006) and Luther, ...