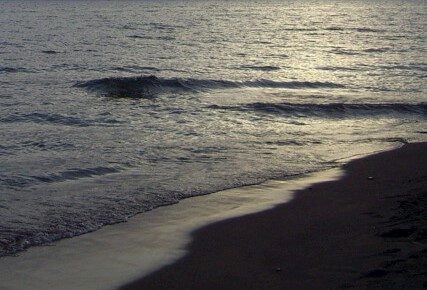 In On the Frontiers of the Indian Ocean World: A History of Lake Tanganyika, c.1830-1890, I seek to challenge how East African history is conceived in space. I do so in two core ways. First, I take the region around Lake Tanganyika as a case study. This freshwater lake, the second-most voluminous in the world, currently straddles four nation-states. I thus seek to study East African history outside the limits of colonial and post-colonial boundaries, which (unfortunately) continue to influence how historians regionalise ‘precolonial’ Africa. Second, I seek to put the case study in conversation with the history of the wider Indian Ocean World (IOW), a macro-region stretching from eastern Africa to eastern and southeastern Asia. This means studying East African history outside of Area Studies silos and assessing how the region influenced wider ‘global’ processes.

Analysing Lake Tanganyika’s history in the context of the wider IOW is the most innovative aspect of the book. The lake itself lies at around 1,000 kilometres from the Indian Ocean at its closest point. Few historians of inland African regions incorporate perspectives from the ocean into their understandings of the past(s), and most oceanic historians limit themselves to littoral regions. My reasons for contravening these trends were rooted in oral history. In 2013, I conducted twenty-seven semi-structured interviews at various locations along Lake Tanganyika’s eastern shore. I prioritised themes in the established East Africanist historiography, such as slavery, commerce, and warfare. But most informants were instead more interested in discussing other themes, such as Islam and kinship, and they directly challenged prevalent understandings of slavery in the historiography. In seeking to centre such local perspectives in the history I was writing, I found resonance in patterns that are continually being analysed in the growing historiography of the IOW.

I partly attribute the importance of the wider IOW in Lake Tanganyika’s history to environmental factors. The lake’s shape, location, and distinctive lacustrine environment facilitated the growth of port-towns that linked commercial networks traversing the western Indian Ocean. These towns became sites of cultural interaction, in which phenomena traditionally associated with the IOW’s history, such as Islam and the exchange of beads and cloths, were negotiated and reimagined in particularly robust ways. This robustness, I argue, was further facilitated by a certain cultural compatibility between traders emanating from littoral regions of the IOW and lakeshore populations. Both peoples came from water-facing cultures, who used the lake/ocean for commercial, spiritual, and subsistence purposes. As they encountered each other, they re-interpreted what they knew of their lacustrine/oceanic worlds to incorporate new influences. The result was the development of new cultural forms that were both indigenous to Lake Tanganyika and connected to broader structures that traversed the wider IOW.

Despite what I believe to be significant advancements in several aspects of African and IOW history, On the Frontiers remains preliminary in many respects. I write in the introduction that much of the evidence is ‘more suggestive than definitive’ (25), partly because of the notoriously problematic nature of the European-authored documentary material. But the limitations also relate to my own positionality. As a white male hailing from the UK, I positioned myself – and was regarded – as an outsider by my interviewees on Lake Tanganyika’s shores. A scholar from the region would almost certainly be able to uncover more information, bringing in their own experiences and heritage, and adding more layers to the types of cultural interactions that I discuss. Rather than in terms of exhaustivity, I hope On the Frontiers is regarded as a contribution that challenges Eurocentric spatial frames in East African history, showing the potentialities of centring African regions in histories that operate at a ‘world’ scale.

About the Author: Philip Gooding