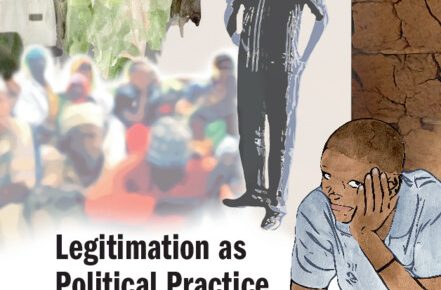 We are, according to US Representative Alexandria Ocasio-Cortez, in a ‘crisis of legitimacy’. The US Supreme Court’s overturning of long-settled law Roe vs Wade regarding women’s right to abortion does not reflect US public opinion at large. Trust in the court itself is at an all-time-low, she laid out in a Twitter series on 25 June, with appointments made in bad faith by the leader of a Republican party that itself routinely fails to achieve the popular vote.

I agree with Ms. Ocasio-Cortez’s politics. However, this ‘attributive’ account of legitimacy has proven problematic, or rather unproductive, historically. Legitimacy, seen as the conditions of political authority within a territory, is the cornerstone of Western political philosophy. It is ‘attributive’ in the sense that an institution can be deemed legitimate or illegitimate, usually based on the presence of rational rules and procedures. The institutions that write these rules were borne by a (in my view mythical) moment of popular consent.

These assumptions are rooted firstly in Enlightenment thought and latterly in the work of Max Weber, for whom a core form of legitimacy was ‘rational-legal’. There has been historical overconfidence that this is an immutable bedrock of Western democracies. Further, Weber – rather circularly – stated legitimacy to be based on a shared belief in the legitimacy of an institution. I have studied legitimacy for over a decade and I’m not sure I believe in the legitimacy of the UN, or Westminster, or the US presidency per se. Do you? Legitimacy is most commonly deployed by academics, politicians and commentators, meaning such debates remain out of touch with what ordinary people think to be right and wrong.

Many Western democracies have been in trouble for some time. As political parties have become detached from traditional sources of mass support, they have morphed into agile, reactive vote-buying (or borrowing) machines without long-term vision or ideology. Rep. Ocasio-Cortez and others may need to look back to the Democrats’ abandonment of their blue-collar base under Bill Clinton to understand crisis as a continuation of disaffection and disenfranchisement of key groups (leading to Trump). The leader of the UK Labour Party no longer seems to endorse the right to strike. Both, in my view, are simply wrong.

These recurrent crises are perhaps better understood as windows into the precariousness of norms and the rule of law in the so-termed homes of democracy. Recent breakaway, borderline criminal, regimes in the US, UK, India, Hungary and Brazil, to name a few, have shown what ambitious fanatics can do when they rip up the rules. Courts struggle to keep up with the number of unlawful, sometimes unconstitutional, acts enacted by these regimes. And, it turns out, lawmakers are still very much above the law.

I suspect we are seeing the long-term effects of the abandonment of a values-based politics. Many leaders no longer seem to recall what is right or wrong, or are hampered in their ability to call it for fear of how it might be spun. UK political parties are long-overdue a process of moral and ideological renewal – it is difficult to say what any of the main parties stand for. Manifestos seem more like tasting menus, changing with the political seasons.

For the Labour Party, putting values first may well spur a more serious consideration of a progressive alliance with other parties. This is a strategy they have long eschewed for reasons that do not make sense to everyday voters who think things like having to rely permanently on food banks is wrong. For the Tories, their core values of prudence, respect and the rule of law have been heaped on the Bonfire of Brexit by right wingers. They need more than a patch to win back moderate conservatives who do not respond to dog whistles.

The situation in the US seems even more dire, whereby hyper-partisanship has led to such entrenched vitriol and bitterness between the main parties. More importantly, people are suffering terribly as long-term, secure and dignified employment has been seemingly consigned to history in many countries that are extremely wealthy.

We may not need, therefore, the hallowed grail of legitimacy as it is not clear it was there in the first instance. Rather legitimation is a negotiated practice that requires the serious investment of material and ideational capital over time. Most importantly, it requires the meaningful involvement of ‘the collective’: the groups that are increasingly by-passed by politics. I do not mean another issue-based focus group but rather a serious endeavour to bring the disaffected, less secure and now enraged masses back into the political process. In any case, I agree with AOC in that it is time for a reckoning.

About the Author: Kathy Dodworth

Kathy Dodworth is a Wellcome Trust Postdoctoral Fellow at the University of Edinburgh's Centre for African Studies. Her current fellowship critically re-examines contemporary community health work in Kenya (2021-25). Her doctoral thesis on legitimation practices in Tanzania was awarded the University of Edinburgh's School of Social and Political Sc...