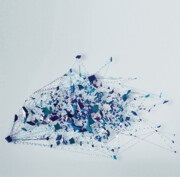 We are witnessing an emergence of network-based commercial and utility driven platforms which by some have been announced to be the business model of the 21st century. Innovative business models, such as Decentralized Autonomous Companies (DACs) and Decentralized Autonomous Organizations (DAOs), are operated on decentralized ledger technology (DLT), which hold the merit of decentralization amongst participants. Participants can be individuals or companies and the activity facilitated on the platform may be of commercial purposes, such as manufacturing and sales of goods, or of utility purposes, such as gaining access-rights to certain services. Decision-making on these platforms is operationalised through consensus mechanisms run on smart contracts with holders’ rights often embedded in governance tokens. The activity pursued on such platforms resemble a ‘concerted action’. That concerted action leads to the following questions:

i) who can execute control in this landscape of ‘advanced control technologies’?
ii) who can be held responsible for the conduct of automated decisions on the platform?
iii) are DACs and DAOs modern tech-based expressions of corporate groups, in function if not in form?

As to the first question, the notion of full decentralized decision-making structures in DAOs and DACs is a myth. Most of today’s so-called decentralized platforms are in fact centralized through the ability of a few developers or key stakeholders to amend the underlying code which informs the smart contract that make possible automated decision-making. This means that there can, in many instances, be identified some controllers which by their indirect influence in technological amendments may execute controlling rights. A challenge of such influence or control is that the participants on the platform do not necessarily have the technical abilities to detect the presence of a singular or few controlling participant(s). Hence, there should be disclosure obligations for those participants that hold access rights to amend the underlying code.

As to the second question, a platform which is perceived as decentralized raises the important question of liability and whether the tech-based set-up leaves these platforms in an unregulated territory where traditional liability regimes don’t apply. Since the joint action on these platforms can be perceived as a ‘concerted action’ we have to assess the extent to which traditional corporate, partnership, contract or tort law principles may apply. And since we are targeting the collective action of the platform as such, ie. all nodes of a distributed ledger acting together, establishing liability of the nodes may be important. As a practical aspect, however, any liability rule is ineffective in the absence of access to data on who participates in a given network. While this data may be hard to retrieve for ordinary nodes, the participants that may alter the underlying code may be identifiable. This is why the FATF proposes to hold the facilitator and the participants that have developed, issued or can amend the underlying code(s) responsible for anti-money laundering purposes.

As to the third, a corporate group is recognized by one corporate entity controlling another. Control can be executed in a number of different ways, and influence through technological means can lead to a strong and consistent link that is sufficient to qualify as an affiliation-linkage. The ability to develop and ensure execution of smart contracts with embedded instructions for specific ‘platform-decisions’ may qualify as an expression of control. Hence, it is essential to scrutinize which kind of decisions are already encoded in the platform, and thus restrict the participants from influencing the platform operations through governance tokens. For instance, where traditional corporate decisions, such as allocation of joint surplus of the joint activities on the platform, are taken by way of smart contracts, the control over the smart contract may be qualified legally as control over the platform; where the platform is part of a network of other companies, the control over the smart contract may justify to qualify the whole network as “corporate group” in substance. This could then justify to apply rules dealing with “corporate control”, including rules on disclosure, liability and fiduciary duties of control holders (if any).

All in all, DAOs and DACs as innovative business models create challenges for the law. To what extend do private law principles apply to their activities and participants? The insight that the whole business model of these platforms circles around one, or most often a group of, identifiable control-holders leaves us with the option to take them out of the regulatory unknown by qualifying these platforms as a modern expression of tech-based corporate groups.

About the Author: Linn Anker-Sørensen

Linn Anker-Sørensen is Senior Manager, Nordic Head of Decentralized Finance, EY Norway and Lecturer in Law at the University of Oslo and Guest Lecturer at the University of Luxembourg. She is also a member of the European Securities and Market Authority's (ESMA) Financial Innovation Standing Committee....