Gender and Sexuality in Modern Japan 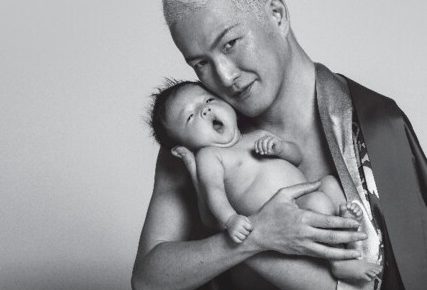 Sex, gender, and sexuality. What sense have different people, institutions, and the state made of these terms since the late nineteenth century? To the medical doctors, scientists, social reformers, and government officials of the emerging modern nation and empire of Japan (1868–1945), the distinction of sex from gender was largely meaningless. Sexuality was the natural source of human life, social renewal, and national strength. As such, healthy male bodies were perceived to be the very basis of the nation’s military power. Following the Conscription Decree of 1872, males aged twenty were examined to reveal which bodies were fit and which were unworthy. One such young man “had spent countless years without lamenting his crippled legs”—until the experience of having two military physicians gaze at his knees, speechless, and judge him “unfit” left him devastated. A different, self-described “cripple” from rural Japan found himself on the verge of tears before his exam, and requested a private room so as to minimize the effect of the unavoidable exhibition: appearing unambiguously a man when clothed and yet “just like a woman” when bare-chested, since he/she/they possessed both male and female organs. Over the subsequent decades, the increasingly idealized modern manhood of Japan was a military manhood, the soldier the modern masculine hegemon. But the “hegemonic masculinity” did not maintain a fixed type; it was instead contestable—at times nervously guarded, challenged, and manipulated.

Same with femininity and womanhood. Early in the twentieth century, some radical feminists confidently announced what has continued to resonate far into our century: “Because it is such an unsuitable environment for spiritual focus and the realization of dormant Genius, I loathe all the irritations that go with housework,” wrote women’s rights activist Hiratsuka Raichō in the feminist magazine Seitō in 1911. In 1931, Japan’s first openly lesbian writer, Yoshiya Nobuko, mocked her heterosexist critics by writing: “For 365 days of the year I work from morning to night, from deadline to deadline, and in the process, I completely forget about the great defect in my life: the absence of a husband.” Yoshiya shared a lifelong relationship with a woman she loved at first sight—a relationship she strove to legitimize in the eyes of the state. While she pursued the legal reform of same-sex marriage, many more women fought for, among other goals, labor protection, reproductive rights, and suffrage. They slowly achieved much of it, at least according to the letter of the law, during the first few decades of the twentieth century; the right to vote came later, included in the constitution of 1946.

Sex, gender, and sexuality are constructed categories that continue to evolve—interconnecting, overlapping, and intertwining in the Japanese private and public spheres, and increasingly in cyberspace. Indeed, they signify the smallest battlefields of the biggest questions of modernity, individualism, freedom, the social contract, equality, democracy, and a life worth living. While activists today continue to pursue equality for all—women and queer individuals included—artists probe shortcomings and boundaries in a variety of ways. Producing large creatures made of rubber to create a “second skin,” the performance artist Saebōgu imagines that undoing her body allows her to be the person she wants to be, that such an act transcends humanity, rendering her neither male nor female—an imperfect cyborg, half human, half plaything. The sculptor and manga artist Rokudenashiko has a seemingly more modest political goal: to resignify the vulva as a body part to be embraced by women themselves rather than pornified for the pleasure of (mostly) men. Though she consistently presents herself as sweet and unobtrusive, in 2020 she nevertheless became the first female artist whose work was censored in Japan.

This extreme response belies the notion that Japan is steadily progressing towards sexual and gender equality and freedom—including freedom of expression. That progress is uneven and fragile. Consider the May 2018 cover of Harper’s Bazaar, which featured kabuki and film actor Nakamura Shidō II, a presumably straight man, posing with his newborn baby as though Madonna with child. Amid the ever-changing manifestations of sexes, genders, and sexualities in Japanese society, and despite the advancements we’ve seen, that such a treatment should feel fresh—almost radical—should give us pause.

About the Author: Sabine Frühstück