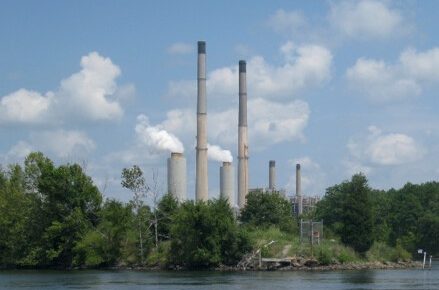 As fossil fuels consumption has increased over the last century, so have greenhouse gas emissions, contributing to climate change and global warming. In our new book “Water Quality Impacts of the Energy-Water Nexus,” we highlight another byproduct of our dependence on fossil fuels – that is, the tremendous amount of water that is required for extracting and producing electricity from fossil fuels. In addition to the direct and indirect water utilization, the new book illuminates the water quality implications induced from using fossil fuels; in each stage of energy extraction (e.g., coal mining, fracking for shale gas, enhancing oil production) and production (cooling water for thermoelectric plants), large volumes of wastewater are generated that can potentially contaminate nearby water resources. For example, in addition to the large volume of water needed for coal mining, the flow of meteoric water through both active and abandoned mines causes the formation of significant quantities of acid mine drainage that contaminate watershed and groundwater near coal mines. Likewise, wastewater from both conventional and unconventional oil and gas drilling can have a large impact on associated water resources if not disposed correctly.

This new book, thus, quantifies the volumes of water impaired from fossil fuels and shows that in many cases, the amount of water needed for fossil fuels is far larger than previously thought, considering the water quality degradation. Over-utilization of global water resources and their depletion pose major risks for many countries, especially for those that are water-poor but seek to develop unconventional oil and gas reserves, for example. Since fossil fuels comprise 86% of global energy consumption, the energy–water nexus has an important role in the global anthropogenic cycle: increasing water and energy consumption has resulted in over-exploitation and depletion of water resources, which is further exacerbated by large water utilization for energy development, water quality degradation from energy-derived contaminants, as well as global warming and climate change induced by carbon emission by fossil fuel combustion.

Water quality degradation, moreover, requires remediation, and thus the increasing need of energy for water treatment such as desalination further intensifies energy generation, which reactivates the negative-loop cycle. As much as water is essential for the recovery of fossil fuels and power generation, electricity is critical for both basic water management and treatment. The expansion of global desalination and reuse of domestic wastewater further increases the need for
energy for generating clean water.

While the rise of renewable energy source can mitigate some of the large water use and contamination induced from fossil fuels, renewables energy still only comprises ~5% of global energy consumption. The substitution of fossil fuels with renewable energy, in particular solar and wind, would, nonetheless, significantly reduce carbon emissions as well as the large water footprint of fossil fuels. We are now at a critical juncture where nations will have to make difficult decisions to reduce their reliance on fossil fuels. Decarbonization of the energy sector is necessary for both reducing global warming and protecting global water resources for future generations.

About the Author: Avner Vengosh

Avner Vengosh is a Distinguished Professor of Environmental Quality at Duke University's Nicholas School of the Environment. His research focuses on evaluating the prevalence and sources of contaminants in global groundwater resources, and the impact of energy development such as hydraulic fracturing and coal combustion on the quantity and quality ...

About the Author: Erika Weinthal

Erika Weinthal is Professor of Environmental Policy and Public Policy at Duke University's Nicholas School of the Environment. She specializes in global environmental politics with an emphasis on water and energy. She has co-authored Oil Is Not a Curse: Ownership Structure and Institutions in Soviet Successor States (Cambridge, 2010) and co-edited ...

The IPCC under the magnifying glass...