The Myth of Soviet 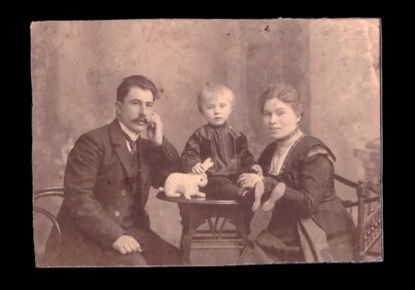 This year marks the centenary of the establishment of the Union of Soviet Socialist Republics (USSR). An event of immense magnitude it not only consolidated the radically new, utopian, state, but delineated the contours of its vast space. The establishment of the USSR was as much a graspable, tangible, territorial, reality, as much as it became cognitive. The word Soviet substituted Russia and any happenings within this vast container became couched with reference to their Sovietness. It is thus that we have come to think of the Soviet space project, the Soviet scientific accomplishments, and Soviet society.

Western intellectuals on the progressive left rushed to embrace the new behemoth as the harbinger of a new, superior, system, a model to be emulated by social democracies in Europe. They helped consolidate the cognitive binary between two orders, that of the ancien régime “backward” Russia and the radically new, Soviet, society. The next generation of progressive left-wing historians fighting the demons of inequality, discrimination, and other societal ills, in the capitalist West’s turbulent late 1960s, returned with a vengeance to the topic of communist countries’ achievements in eradicating social injustices. Meanwhile, the grotesque inequalities of the twenty-first century have prompted renewed attention to the “levelling” communist projects of the twentieth.

So ingrained have become these ideas, so firmly stuck the label of Soviet and of USSR that we have never paused to think about what the Soviet project really meant. Was it the radical game changer, a social uprooter, a totalising monster that we’d like to think it was? Or was it more like a flailing leviathan where many citizens roamed freely; where the worlds between the Gulag and non-Gulag were blurred and even the Gulag reproduced the social hierarchies from the past, Tzarist, era; and where citizens continued to trade, pursue an education, and maintain the values from the past almost like they did before, before that is, the whole new, revolutionary new dawn?

Conventional wisdom gives a resounding “no” to propositions about profound social continuities between the Tzarist past, the communist new dawn, and of course the present. For there is a certain calendric way of thinking about the Soviet social experience. The 1917 and 1922 in our minds have neatly partitioned out the past from the new present. Yet, societies do not function in such calendric ways pegged to the great events and happenings at the realm of the political. Social values have long-term horizons and are nurtured inter-generationally within familial and community milieus. A clever aristocratic boy deprived of a chance to study at an elite gymnasium would not overnight cease to aspire to superb education just because the Bolsheviks have proclaimed the desired gymnasium a bourgeois institution. His parents, peers, teachers, will fight to preserve it too. And the rentier-small business owner will continue to ply her trade because that’s what her parents and grandparents did; eventually she will save enough to send her sons and daughters to an elite gymnasium where they will share a desk with the scion of aristocrat, clergyman, or wealthy merchant. And so it will be that the clergyman, the merchant, and the urban bourgeois, the meshchanin, whose education had been far superior to that of a manorial peasant even after emancipation in the 1860s, will smoothly transition into the status of Soviet intelligentsia. Imperial scientists will become Soviet scientists labouring on the space project or the nuclear project. And the musical prodigy trained in the best Imperial musical establishments or nurtured in a quintessential Imperial-Russian bourgeois home, will become the Soviet cultural export product. Meanwhile the woman who was peasant will remain trapped in the collective farm, a form of neo-serfdom; her brother may become the lucky escapee from village and turn into a welder or lathe operator on the factory shop floor. Given these patterns of social-structural reproduction, which as far as the latest archival revelations have told us, stretched at least into the 1930s, 1940s and even 1950s, what’s left of Soviet in this reality?

Yet, the Soviet label lingers on. What utility the reader might ask, for debunking this long-held myth of Sovietness? That is because if we rethink Soviet society, we will better understand contemporary Russian society. We will for instance pause to reflect about why it is that in an educated country, so many people endorse a corrupt autocracy. If we see the communist behemoth for what it was, a naked king without clothes, we’ll better grasp how present-day Russian society, politics, economy works and why it works the way it is. But for that to happen we need to shed the baggage of our assumption that USSR was a Great Rupture, a new beginning. Let’s take it just the way it was, a plaster that the revolutionaries placed atop Imperial Russia, with all its triumphs and with all its social inequities, injustices, and hierarchies. Let’s mark the year of 1922 with an acknowledgement that it was a mere label, a veneer that concealed the organic, resilient, and self-reproducing society of pre-Bolshevik Russia.

About the Author: Tomila V. Lankina