The Elusive Nature of Zionism and its Redemptive Visions 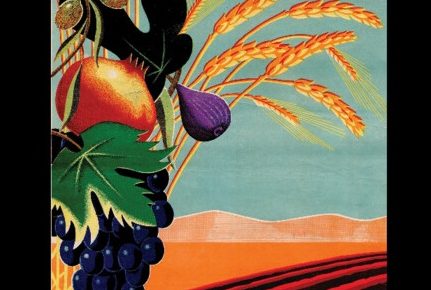 Zionism is probably among the most discussed and least understood of modern national movements. The literature on it is vast and highly contested. If history is the study of change over time, the rapid transformation of what were highly improbable ideas in the late nineteenth- and early twentieth centuries—such as the establishment of a Jewish state in Ottoman Palestine or the creation of a Hebrew-speaking national entity with a Hebrew culture (in some respects, virtually ex nihilo)—are rich territory for historical exploration. The story of Zionism, moreover, is so abundantly filled with paradoxes and improbabilities, that it is rendered virtually irresistible to the historian.

Among these paradoxes, I have been particularly interested in the tension between secularization and re-sacralization and, related to it, the apparent opposition between continuity and revolutionary change in Zionism. How do we understand secularization and notions of the sacred that inhere in it when attributed to an idea, a movement, and a society that saw themselves at once as the most authentic continuation of traditional Jewish life and as a total revolution designed to overturn it?

My book Zionism’s Redemptions attempts to address a particular aspect of this question. In it, I try to show that much of Zionism, much of the time, was rooted in various visions of Jewish, human, and at times even cosmic redemption. The book explores some of the ways in which such visions were developed and disseminated—through the construction of images of the past, creation of new rituals, shaping of public space, and more.

While some scholars have argued that messianic, or redemptive, language in Zionism was little more than a rhetorical tool for mobilizing masses, I argue that in fact there was a powerful redemptive hope and thrust—and indeed, even a redemptive faith—in much of Zionism, and that it was informed by ongoing, complicated and ambivalent dialogues with a number of religious traditions and intellectual contexts. The most obvious of these, perhaps, are Jewish messianic traditions. Other important dialogues, however, were conducted with Christian eschatologies and visions of salvation, often bound up with Christian notions of the Holy Land; modern and modernist ideas of progress; and socialist notions of the end of history. The book explores both the development of these ideas and imageries, and efforts to translate them into concrete cultural practices.

I completed the writing of this book under the impact of the political turbulence of recent years, including in Israel and the United States—the two countries in which I am most strongly connected. I found myself working on a book about what seem almost outrageously audacious hopes that animated many of the story’s protagonists, while doing so in a political reality that strikes me as despairing of any visions of human perfectibility. This tension helped shape my own understanding of the implications of the history I was writing. We tend—no doubt rightfully—to be suspicious and even fearful of redemptive politics. And indeed one can easily point to troubling contemporary manifestations of political messianisms. As I argue in the postscript to the book, however, it is my sense that we tend to lose sight of the fact that we are today living in an age in which a politics of “post-truth” and naked self interest, devoid of any kind of redemptive human vision (at times, perhaps, even expressly opposed to such visions), poses a threat that is no lesser and arguably even greater. It is a worthwhile exercise, I think, to recapture a view of a redemptive politics of a very different kind.

About the Author: Arieh Saposnik

Arieh Saposnik is Associate Professor at the Ben-Gurion Research Institute for the Study of Israel and Zionism at Ben-Gurion University of the Negev....