The Passing of a Nuclear Proliferator Par Excellence 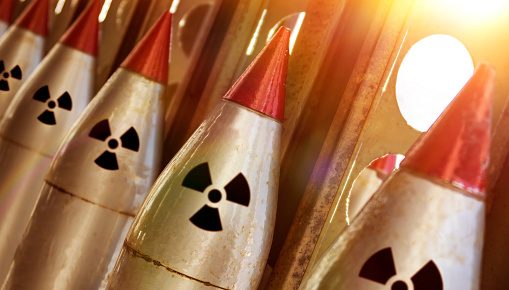 Abdul Qadeer Khan, better known to the world as A. Q. Khan, passed away in October 2021 at the age of 85. Often referred to as the Father of Pakistan’s nuclear bomb, and revered by many Pakistanis for this achievement, he is less fondly remembered internationally for having helped Iran, Libya, and North Korea in their efforts to become nuclear powers.

Iran and Libya were discovered before they could realise their nuclear ambition—by early 2002, Khan had provided Libya with the blueprint for a fission weapon though Gaddafi reversed course under Western pressure—but North Korea detonated its first nuclear explosive device in 2006. After confessing on Pakistani television to having sold nuclear know-how after a tip-off by the United States Central Intelligence Agency (CIA), Khan was placed under house arrest for several years. Khan initially claimed he had acted without the knowledge of government officials, though widespread scepticism was followed by his own repudiation, saying he had been scapegoated. The West was never allowed to question him about his precise acts of nuclear proliferation.

The world is still living with the consequences of Khan’s actions. The North Korean regime remains a hugely destabilising influence in East Asia, spending billions on its nuclear arsenal while hundreds of thousands of its own people starve—or are starved—to death. Although its last test detonation, of a thermonuclear device, was in 2017, North Korea has been assiduously working on delivery systems for its nuclear warheads. Democratic Japan now finds itself under nuclear threat from both North Korea and China.

Meanwhile in the Middle East, Iran’s flirting with enrichment of uranium to weapons grade threatens to spur a new arms race in the region. Iran is believed to have been the first buyer of nuclear secrets from Khan, back in the 1980s. Today, the Joint Comprehensive Plan of Action, a political agreement concluded in 2015 and endorsed by the United Nations Security Council, is in tatters. The Trump Administration withdrew from the Iran Nuclear Deal in 2018, leading to Iran suspending its own compliance. Iran has now built up a stockpile of highly enriched uranium-235 at 60% purity, which means that its nuclear break-out time is greatly reduced. The International Atomic Energy Agency (IAEA), the world’s nuclear watchdog, has little oversight over where the nuclear material is being stored and the uses to which it may be put.

Pakistan, itself an established nuclear-armed power since the late 1990s, was also never supposed to get the bomb. But it was Khan’s network—and Western materials and expertise—that enabled Pakistan to match arch-enemy India. Khan initially took centrifuge designs and a list of about 100 suppliers of centrifuge parts and materials from a uranium-enrichment facility in the Netherlands. He then purchased machinery from willing sellers around the world, with trade said to involve firms or agents in Germany, the Netherlands, South Africa, Switzerland, Turkey, the United Kingdom, and the United States. The US authorities turned a blind eye, despite knowing what Pakistan was up to.

Postponed several times because of the global COVID-19 pandemic, the next Review Conference of the 1968 Treaty on the Non-Proliferation of Nuclear Weapons (NPT), the bedrock of the nuclear non-proliferation regime, will finally be held in New York in January 2022. It has huge challenges to confront. North Korea will not be there, having announced that it was quitting the NPT back in January 2003. Some Iranian delegates will participate, though the United States customarily prevents entry to numerous Iranian diplomats. State not party Pakistan may not attend, but whether or not it does so, from beyond the grave its best known nuclear scientist, A. Q. Khan, will cast a long shadow over the proceedings.

About the Author: Stuart Casey-Maslen

Stuart Casey-Maslen is an Honorary Professor at the University of Pretoria, South Africa. He was the legal advisor to the Austria delegation in the diplomatic conference that negotiated the United Nations Treaty on the Prohibition of Nuclear Weapons in 2017. He has written or edited ten major works on different aspects of weapons law....