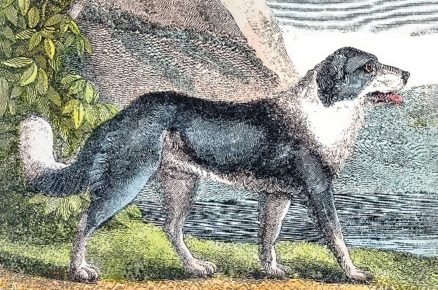 No scientific thinker is more globally famous than Charles Darwin. Yet among scholars there is much debate about how, exactly, the argument which made Darwin famous – his argument for evolution by natural selection, set out in his 1859 book On the Origin of Species – is supposed to work.

At the heart of Darwin’s argument is an analogy between what happens in nature and what happens on the farm. Darwin explained that he called “natural selection” by that name to call attention to its status as analogous to the “artificial selection” by which skilful humans make new varieties of animals and plants, fitted for different ends useful to humans – heavy, strong horses for ploughing, say, or light, fast horses for racing. According to Darwin, in the wild, a similar selective process has operated, and to similarly divergent, adaptive ends, but capable of going much further: producing, over eons, not merely new varieties within existing species, but new species. And this greater power of natural over artificial selection is due, Darwin argued, to crucial differences between what nature, via the “struggle for existence,” can achieve, and what human breeders can achieve.

There is considerable suspicion of arguments by analogy. They are regarded as at best suggestive, and falling far short of proof. But as we show in Darwin’s Argument by Analogy: From Artificial to Natural Selection, this suspicion rests on a widespread but misleading idea of what an argument by analogy is. In fact, two quite different forms of argument, not often distinguished, have both been called “arguments by analogy.”

The more familiar – and objectionably weak – form emerged during the Enlightenment, and said that if two objects have a number of properties in common, then they also probably share some further property – and the greater the number of shared properties, the greater the probability that the further one is shared too. The other, less familiar form goes back to classical Greece, in particular to Euclid and Aristotle. In this tradition, “analogy” does not mean just “similarity,” but always refers to the four-term proportional relation “A is to B as C is to D.” Here, what counts are not the similarities between objects, but the similarities between the relationships between objects, whether those objects are mathematical, or physical, or of any other kind.

We believe that Darwin’s analogical argument for the greater power of natural selection becomes more intelligible when set contextually within this second, proportionality tradition, in a narrative stretching from classical Greek mathematics to modern evolutionary genetics: a broad story moving from Darwin’s earliest notebook theorising on the births and deaths of species, to agrarian capitalism as a distinctive form of economic life, and even to shifting western views of art-nature relations. In our book Darwin emerges as more than a natural-history enthusiast who got lucky on a youthful voyage. Self-identifying as a geologist, a philosophical naturalist and, yes, a farmer, he succeeded in developing theorising – including analogical reasoning – that remains the basis for his enduring stature as a global intellectual.

About the Author: Gregory Radick

Gregory Radick is Professor of History and Philosophy of Science at the University of Leeds. His books include The Simian Tongue: The Long Debate about Animal Language (2007) and, as co-editor with Jonathan Hodge, The Cambridge Companion to Darwin (Cambridge, 2009)....

About the Author: M.J.S. Hodge

M. J. S. Hodge is Honorary Research Fellow at the University of Leeds. He is the author of Origins and Species (1991), Before and After Darwin (2008) and Darwin Studies (2009), and co-editor with Gregory Radick of The Cambridge Companion to Darwin (Cambridge, 2009)....

About the Author: Roger M. White

Roger M. White is Honorary Research Fellow at the University of Leeds. He is an analytic philosopher whose books include The Structure of Metaphor (1996) and Talking About God: The Concept of Analogy and the Problem of Religious Language (2010)....