Climate Change and Security: Whose Security? 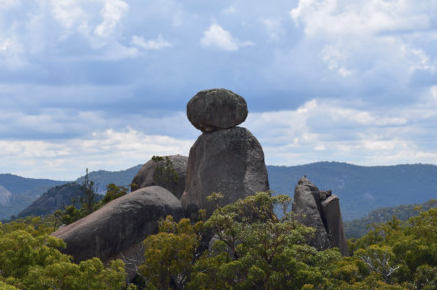 Climate Change: The Heat is On

In the lead up to CoP26 talks in Glasgow in November 2021, we’ve seen plenty of international attention on climate change. This attention is influenced by a few different factors.

First, the talks themselves are the most important since 2015, when the Paris Agreement was signed. As part of that agreement, states would commit to increasing (or ‘ramping up’) their emissions reduction commitments every 5 years, with the expectation that new nationally determined contributions (NDCs) would be announced. Glasgow 2021 looms as the deadline for these commitments.

Second, the Biden Administration in the US has made climate change action a priority. This has meant increasing momentum behind international action and genuine pressure on states that had otherwise been dragging their feet.

Finally, the effects of climate change itself have been increasingly difficult to ignore. From devastating bushfires to record high temperatures, climate change is being felt in the here and now. And scientific analyses of the causes and effects continues to underscore the urgency of the challenge. This will only increase with the release of the IPCC’s 2021 assessment report in August.

Climate Change as a Security Issue

Alongside this general attention, we’ve also seen a growing focus on the security implications of climate change. This is evident in engagement within the United Nations. The first discussion of the international security implications of climate change took place in the Security Council in 2007, the next in 2011. More recently we have seen four UNSC debates in the last four years, and the establishment of a separate entity in 2018- the Climate Security Mechanism- to coordinate UN responses.

States themselves have also increasingly recognized the national security implications of climate change. This has ranged from attention to the exposure of defence equipment and infrastructure to the effects of climate change to diplomatic support for UN Security Council discussions, and from the focus of aid programs to defence training programs for Humanitarian Assistance and Disaster Relief (HA/DR) missions. Indeed by one account, over 70% of states producing national security strategy documents acknowledged the threat of climate change.

Climate change in these contexts- whether focused on national or international security- is often viewed through the lens of its capacity to contribute to instability: its role as a ‘threat multiplier’. The focus of strategic assessments of climate change has therefore generally been the issue of whether and how the effects of climate change might trigger population displacement, instability and even conflict.

For some, recent attention to the security implications of climate change within the UN and the state system is to be celebrated. They note that emphasizing climate-induced insecurity may speak to audiences unmoved by abstract ethical considerations for outsiders, and may encourage an increasing focus on prevention via mitigation efforts, for example.

Yet for those interested in addressing climate change at its source, and in ways that orient towards the rights and needs of the most vulnerable to climate change, there is a danger in the focus of existing attention on the preservation of sovereignty or international stability. As the UN Special Rapporteur on Extreme Poverty and Human Rights noted in 2019, there is a risk that we will see an emerging ‘Climate Apartheid’ in responses to climate change. Here, wealthy countries most responsible for the problem and usually less vulnerable to its effects might focus their attention less on mitigation, and more on adaptive responses to insulate themselves from the effects of climate change itself. This, sadly, is broadly consistent with a narrow understanding of national security.

Such a focus is clearly problematic, and has encouraged some to emphasize the importance of human security. But even here, our focus is limited to current human populations. It does not extend to the acute vulnerability of future generations or other living beings, who are not responsible for the problem of climate change, are acutely vulnerable to its effects, and are unable to genuinely input into decision-making about the responses to climate change.

It remains to be seen how prominent security will be in discussions of the effects of- and responses to- the climate crisis at CoP26, or indeed beyond. But if we see those discussions, we should pay close attention to the question of whose security is represented as threatened. Because avoiding the worst effects of the climate crisis in the most ethically defensible way means orienting our concerns to ecological security and the rights and needs of the most vulnerable- across time, space and species.

About the Author: Matt McDonald

Matt McDonald is an Associate Professor of International Relations at the University of Queensland, Australia. He is the author of Ecological Security: Climate Change and the Construction of Security (Cambridge: Cambridge University Press, 2021)....