From exegesis to stem cells, from governance to finance: Islamic norms in a positivist way 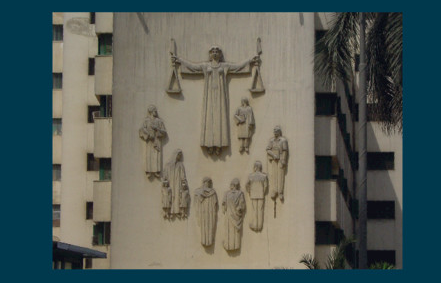 During the 1990s, in Egypt, Professor Nasr Hamid Abu Zayd was prosecuted by a group of attorneys and condemned by two courts of the Egyptian national judicial system to be divorced from his wife based on a Civil Code provision forbidding a Muslim woman to marry a non-Muslim man and a literalist reading of the Qur’an which his writings had allegedly breached. In 2021, in Algeria, another university professor, Saïd Djabelkhir, was prosecuted, by attorneys again, and condemned, by a judge of the Algerian national judiciary, based on a Penal Code provision condemning offenses against the teachings of Islam and a non-critical understanding of Islam transforming it into a non-equivocal doctrinal object. Despite nearly thirty years separating the two trials, the same mix of national institutions, legal professions, statutory provisions, reifying reading of religious scriptures, and political stakes – interpreting the law opens the participation in power games – testifies to the deep upheaval of both Islam and law. Nowadays, the law, including the law referring to Islam, is defined by the states, their mostly codified statutes, their courts’ case-law, and their personnel, which is trained in positive law, including positive Islamic law, and not in religious sciences, and deals with legal rules accordingly.

Lately, Jihadi groups and organizations established their rule, for a more or less limited period of time, on various territories and cities. From the califate of Raqqa (Islamic State) to the Emirate of Azawad (Ansar-Dine) via the city of Sirt in Lybia (AQIM), rulers purporting to impose the Sharia resorted to positive norms and law instruments to operationalize their government. In other terms, although presented as grounded on Islamic law, their rule proved thoroughly inspired by modern states’ ways of bureaucratic governance: administrative documents, centralized bureaucracy, police, and judicial institutions, all phrased in classical Islamic concepts (khilafa, hisba, bayt al-mal) but thought of in Weberian modern, legal-rational terms.

Beside the legal system properly so-called, many other domains of Muslims’ everyday life became optionally submitted to norms which, despite their being inspired by the Islamic legacy, reflect, both substantially and procedurally, the “scientification” and “positivization” of Islam. It includes technical and managerial norms whose use, taking the form of indicators and standards, complements or conflicts with legal norms. For instance, stemming from Qur’an interdiction of usury and based on the principle of sharing losses and profits, Islamic financial institutions offer a variety of products such as association, leasing, and limited companies. Their effort to standardize practices and contracts is particularly noteworthy. These standards serve as guides and models for the committees, often called Sharia boards, responsible for the assessment of the Islamic conformity of products.

Another example is that of halal, that is, food that is permitted according to Islamic tenets, but also, gradually, all issues related to good morals. Although halal has been known and practiced in Muslim societies from the beginnings of Islam, it has taken on a particular dimension in the current period of expanding commodification and commercialization. In a period of widespread industrialization, merchandizing, changing consumption patterns, and evolving dietary worldviews, within an increasingly global market, determining the criteria governing what foods are permitted is both sensitive and problematic. It has triggered the development of new regulations and of a certification industry which produces standards defining what constitutes halal within the bureaucratic and capitalistic framework of the modern state.

Last but not least, the case of bioethics is a perfect illustration of the “scientification” and “positivization” of the Muslim world, including its normative though not necessarily legal systems. Several thinkers and scholars have attempted to base their answers to questions relating to bioethics in the Qur’an and the Prophetic tradition. Institutions have also been created to address bioethical issues. The speed of developments in the medical field has prompted a systematic collaboration between biomedical scientists and Islamic institutions based on the principle of collective interpretation (ijtihad) in which biomedical criteria practically constrain the reading of the holy scriptures.

Today, when we speak of law, including Islamic law, we refer to such “science-inspired” positive state law, including its international, regional, and transnational extensions. This system has generalized to every country in the world and comparisons are made and conceptual extensions operate from this precise point. Seen from the vantage point of Muslim societies, the positivization of norms – legal, technical, managerial, or otherwise – triggered a complete conceptual and practical upheaval. Often, the reference to Islam remained central; sometimes, it was even the object of revivalist endeavors. However, the way to address Islamic normativity has drastically changed. Whether it is called “Islamizing modernity” or “modernizing Islam,” it means that the manner of conceiving of the norms and of practicing them followed an alternative paradigm, fundamentally distinct from that which prevailed before.

About the Author: Baudouin Dupret

Baudouin Dupret is research director at the Centre National de la Recherche Scientifique, based in the Les Afriques dans le Monde research center of the Institut d'Etudes Politiques de Bordeaux. He is the author of Practices of Truth (2011), Adjudication in Action (2011) and What Is the Sharia? (2017). He also co-edited Law at Work (2015) and Legal...