Naïve or Necessary? Empathy for Outgroups in Times of Heightened Human Conflict 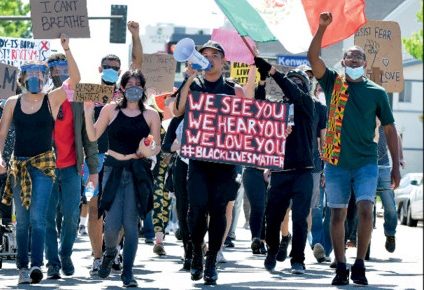 The Covid-19 pandemic represents a profound challenge for all of mankind. A year after the first outbreak was discovered, deaths directly caused by the virus surpassed 2.5 million, and that number was almost surely an undercount. The discovery of several effective vaccines gave the world hope, but also led to conflict about who should get this life saving medicine first, and who would have to wait. Six months into the crisis, medical researchers around the world realized that social distancing and consistent mask wearing in public were the two most powerful ways to prevent the spread of the disease. But just as large numbers of people began to follow these directives, new highly contagious viral variants emerged. The social isolation that could save lives also endangered economies, and the burden was born disproportionately by poor and minority communities. For many, social isolation meant rent could not be paid, medicine could not be afforded, and children could not be fed. Inequality on many dimensions grew at a breathtaking rate.

Perhaps no phenomenon in recent history illustrates the importance of outgroup empathy for binding up the wounds in our body politic. People were asked to stay away from their loved ones and their workplaces in order to save not only their own lives, but the lives of strangers they had never met. Mask-wearing was explicitly characterized as an act of empathy for strangers, since it would reduce community spread even as it protected the wearer.

Outgroup empathy is the ability–regardless of race, religion, ideology, or party–to put oneself in another group’s shoes, and to experience the emotions and the suffering of others one has never met. Outgroup empathy is not pervasive, and carries different consequences than empathy for our closest kin and dearest friends. But many people do experience empathy for outgroups, and those individuals are much more willing to share precious resources and fight for equal rights across great cultural divides.

Outgroup empathy helps explain why some people oppose building a wall to keep out immigrants, even when immigrants might compete for scarce jobs and wages. It helps predict which Britons supported Brexit, and which straight Americans support equal rights for the LGBTQ community. Outgroup empathy is not simply the absence of racism or prejudice. It is not the same as being liberal or conservative, or identifying with a specific party. Some members of every social and political group display powerful outgroup empathy. It is a set of skills and perspectives, learned early in life and cultivated through social experience, that pushes one to see the world through a different group lens. And when that happens, politics changes.

There are many puzzles that outgroup empathy may help us solve. Why are African Americans even more strongly opposed to a wall on the southern border of the US than Latinos, let alone whites? Why do some Christians who perceive themselves to be at high personal risk of terrorism still strongly oppose racial profiling Muslims at airports? Why do some Britons who live and work alongside large numbers of immigrants oppose Brexit? In the past, the answers revolved mostly around predispositions like party attachment or ethnocentrism, or personality biases like authoritarianism, or a sense of social dominance over others. And these dimensions surely help explain mass opinions. But outgroup empathy works independently of these centrifugal forces, and blunts their ability to tear at the social fabric. It can strengthen the bonds between groups, leading to cooperation and compromise.

We still know little about where group empathy comes from, but we suspect it is the product of experiences early in life. The socializing of outgroup empathy is a result of the slow accretion of interaction and observation, the integration of personal experience and collective memory as a way to understand what is happening to others. When stories about one’s own group’s struggles to overcome prejudice map well onto the current reality of another group, the opportunity to experience empathy increases. This is perhaps why, on average, African Americans in the US score highly on measures of outgroup empathy compared to other groups.

Is outgroup empathy a panacea for all the world’s problems? Of course not. It is merely one force among many that shapes reactions to group conflict in the real world, but it pushes against the fragmentation we are now witnessing. But isn’t it naïve and foolish to extend one’s viewpoint in an attempt to understand another group’s experiences, and their suffering? Won’t those groups just take advantage of our generosity and caring? Actually, history suggests not very often. Outgroup empathy springs from problem solving among diverse groups. Its roots are ancient, and its benefits profound. Since long before the Silk Road connected vastly distinct cultures, religions, languages and traditions, those who could develop empathy for outgroups stood to gain more from trade and cooperation. It is time we all remember the healing power and real economic and cultural benefits of the ability to see across imaginary group boundaries, over the horizon, and to put ourselves in the shoes of strangers. Our politics and our livelihoods will benefit. Covid-19, global warming, racial justice movements, and many other examples illustrate this basic truth.

About the Author: Cigdem V. Sirin

Cigdem V. Sirin is Associate Professor of Political Science at the University of Texas at El Paso. Her research interests center on examining the microfoundations of interstate and intrastate conflict processes and outcomes....

About the Author: Nicholas A. Valentino

Nicholas A. Valentino is Professor of Political Science and Research Professor in the Center for Political Studies at the University of Michigan. He studies political campaigns, racial attitudes, emotions, and social group cues in political communication....

About the Author: José D. Villalobos

José D. Villalobos is Associate Professor of Political Science at the University of Texas at El Paso. His research examines public opinion and policy making dynamics in the areas of the US presidency, race and ethnicity, and immigration....