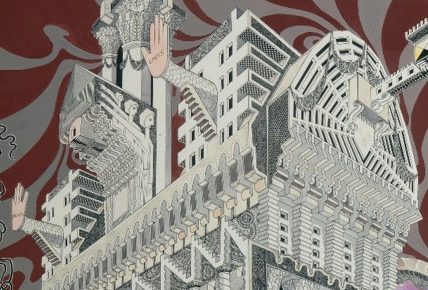 Dismay over the current state of international economic relations has some policymakers longing for return to some imaginary notion of the good old days. But this is a time to look forward, not back. The old rules failed us in many ways: they fostered domestic inequality in some countries, limited development options in many, and did not deal with climate change.

In the book, Emerging Powers in the International Economic Order, we argue that, to achieve inclusive development and climate protection, we need to transcend the neo-liberal vision of economic efficiency and producer liberalization that animates current trade and investment law.

Rather, we think legal and policy experimentation by many emerging countries offer ways forward. Middle income countries in the Global South including India, Brazil, South Africa, and Indonesia are changing the rules. They want to halt the erosion of state capacity to govern economic flows, buffer against all-too frequent crises, and protect consumer and worker interests. The Global North share these concerns and should be paying close attention.

Some countries are withdrawing from international rules. Arbitrations launched against South Africa and Indonesia by foreign investors affected their ability to design domestic socio-economic development policies, public health regulations and even taxation. To avoid these restrictions, they are exiting the network of bilateral investment treaties signed in the 1990s.
Some are inventing new rules. Brazil, which never agreed to traditional investment treaties, is now designing Cooperation and Investment Facilitation Agreements that both give states better control of the investment landscape and offer a forum for consultations with the private sector to improve investment conditions and resolve disputes.

Some are reforming current rules. India is redrafting its model treaty to define investor and investment more narrowly and limit protections afforded to foreign investors. Indonesia is engaged in a similar redrafting exercise. The Pan-African Investment Code, which seeks to harmonize investment rules across the continent, also steps back from traditional investment provisions, framing investor protection more specifically while carving out greater domestic regulatory space.

On the trade front, emerging countries have achieved enormous strides using WTO flexibilities (including opportunistic “efficient breaches”), reorienting the negotiation agenda in favor of their interests, and seeking trade partnerships outside of the system. The promising Trade Facilitation Agreement, which links obligations to capacity and offers funding, is a model of the new approaches.

Meanwhile, China is making its own rules and moving to export them globally. It is clear that neither China nor other middle income emerging countries will be boxed into the liberal trade and investment consensus designed by western powers in the 1990s. Rather than attempting to force an implausible and undesirable return to the framework of the 1990s, we now have a chance to embrace a more sustainable and inclusive approach to international economic law. Out of the ashes of the pandemic, a juridical phoenix and harbinger of a more equitable future can arise.

About the Author: David M. Trubek

David M. Trubek is Voss-Bascom Professor of Law and Dean of International Studies Emeritus at the University of Wisconsin, Madison and a Senior Research Fellow at the Harvard Law School. He is a world renowned expert on law and development, with a regional focus on Latin America. He has published dozens of books and articles, including Law and the ...

About the Author: Sonia E. Rolland

Sonia E. Rolland is a Professor of Law at School of Law, Northeastern University, Boston. She is the author of Development at the WTO (2012) and regularly acts as an expert for international and non-governmental organizations including the United Nations, the International Centre for Trade and Sustainable Development, and the India Institute of For...