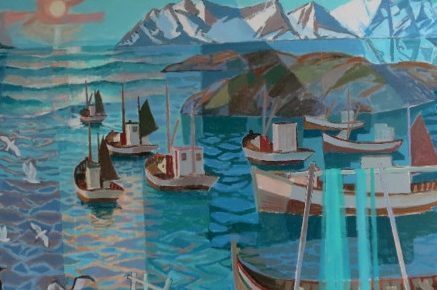 International judges regularly decide important cases, on matters ranging from entrenched border disputes, costly trade wars, the most fundamental of our human rights and violent armed conflicts. Their decisions matter, and especially those of the most authoritative international court, the International Court of Justice (ICJ).

International judges must decide cases on the basis of legal rules, but interpreting and harmonising different sources leave them considerable discretion. One of these sources is the literature written by law professors and others, which the ICJ Statute calls ‘the teachings of the most highly qualified publicists’. From reading the Court’s opinions, it would seem that such teachings play no role at all in its deliberations. It has cited teachings only seven times in five of the more than 150 cases it has decided. However, this first impression is deceptive. A closer look at how the Court operates reveals that teachings play a significant role in practice, but also that the Court is, for various reasons, reluctant to show it.

Individual judges frequently cite teachings in their concurring or dissenting opinions. Many of these individual opinions include statements that imply that the judges have read even more teachings than they cite. One example is an opinion by Judge ad hoc Sir Geoffrey Palmer, which said that teachings were ‘so vast on the subject’ he was discussing that they ‘cannot be cited’ (Nuclear Tests (New Zealand), at 409). Teachings are also amply cited in the pleadings of the parties in each case, which means that the seasoned lawyers appearing before the Court believe that teachings can help sway the judges.

As to why the Court does not wish to cite teachings, many explanations are possible. The most plausible one is the Court has developed an institutional culture that does not allow for the citation of teachings. This culture has developed over time and is understood and followed by old and as well as new judges and by the judicial assistants in the Court’s registry. The institutional culture may be a response to the Court’s unique status in international law. It is the judicial organ of the United Nations, and the only permanent generalist international court, and the most authoritative international judicial institution. Given this, the Court may wish to emphasise its own authority by not seeming to rely on the views of private individuals whose works have no official status. A similar line of reasoning may also explain why the Court rarely cites the practice of other courts or tribunals, where the Court may wish to bolster its own by seeming to influence others more than it is influenced by them.

Moreover, much of the literature on international law is produced in Western countries, and writers in the UK, the US and France dominate the lists of the most-cited writers in the opinions of individual ICJ judges. International law is a global system, and the ICJ is a global institution. Ideally, writers from a variety of countries and regions should be represented. The ICJ Statute ensures geographic diversity among the judges themselves. There is no similar mechanism for the selection of teachings. By not citing teachings the Court can mask this geographic disparity, which has the potential to influence the Court’s legitimacy and States’ willingness to avail themselves of the Court’s services.

Therefore, teachings can be seen as a ‘hidden’ influence on the judges of the ICJ, but there are understandable reasons for its absence from the Court’s majority opinions. Understanding the role and impact of teachings is nonetheless necessary in order to have a complete understanding of the Court’s decision-making process. I analyse this in my recent book, The Application of Teachings by the International Court of Justice (Cambridge University Press 2021).

About the Author: Sondre Torp Helmersen

Sondre Torp Helmersen is Associate Professor and Vice Dean for Research at the Faculty of Law, UiT The Arctic University of Norway. He has published widely on the sources of international law and other topics in leading journals. Before entering academia he worked at the Norwegian Ministry of Foreign Affairs....