Knowledge transfer from Public Science: The unsung hero of the COVID-19 vaccine success 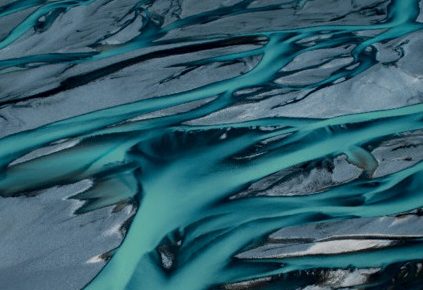 Vaccines to combat the threat of Covid-19 have been developed at an amazing speed – in under a year. The figure below, from the journal Nature, puts this spectacular success in perspective — the fastest any vaccine had previously been developed, from viral sampling to approval, was four years, for mumps in the 1960s. And while the first vaccines to be approved came from the private sector using new mRNA technologies, the unsung heroes of the COVD-19 vaccine effort have been the publicly funded national universities and laboratories who were able to assemble vaccines on no less than 10 different vaccine platforms based on decades of research and scholarship.

Evidence that University and public sector research have risen to the occasion in the development of a vaccine to contain the COVID-19 pandemic comes from the candidate vaccines in clinical trials maintained by the WHO (based on last access on 15 February 2021). 2 of the 3 UK-approved vaccines (Moderna and Oxford Astra Zeneca) and 8 of 16 vaccines in phase 3 trials have university and public sector links, while this number rises to 29 when we consider all the 63 candidate vaccines in clinical trials. These numbers represent a much higher percentage than the 20% normally reported as collaborative innovation involving firms and universities in Innovation Surveys. Undoubtedly, decades of investment in public sector research delivered because national governments, multilateral organisations like CEPI and philanthropists like Bill Gates gave large sums of money to enable necessary clinical trials. Neither money nor good science could have achieved this outcome alone. But their combination defied the large odds that are common in vaccine development.

In several ways, the development of the COVID-19 vaccine parallels the inter-war period search for antibiotics described by Bhaven Sampat in his work. Bacterial disease had been the main killer of soldiers in the First World War and earlier wars and so governments of all the major countries heading towards a Second World War had sponsored antibiotic research using public funds. The discovery of antibiotics proceeded along three main research platforms – sulpha drugs (developed in Germany by Gerhardt Domgk in the 1930s), penicillin (developed in the United Kingdom in the 1930 by Alexander Fleming, and by Howard Florey and Ernest Chain at Oxford, but first mass produced in the US later), and streptomycin (developed by Wakesman in the US in the 1940s). Many second generation antibiotics were follow-on innovations along these three platforms– including semi-synthetic penicillins, cephalosporins, and a range of broad spectrum antibiotics.

The eerie parallels (Germany, Oxford and the US as the sites of the first discoveries), are numerous but in this blog I want to focus attention on what contributed to successful knowledge transfer from the university science base to industry. First, in both the discovery of antibiotics and the COVID vaccine, there was a huge source of demand for innovation that was exogenous – war and the pandemic focussed minds and incentivised solutions to a problem affecting humanity at large. In both cases, the biological science underlying the solution had been known for a while, but a race emerged along a few platforms. In the case of antibiotics there were three main candidates while the race for a COVID vaccine has emerged with about five dominant vaccine platforms (mRNA, protein subunit, non-replicating viral vector, DNA and inactivated virus). The success of some of these platforms will set the basis for future developments in medicine as happened with antibiotics. The mRNA Covid vaccines are widely expected to pave the way for a more general vaccine (targeting all corona infections for example) and explore the potential for a new drug industry based on personalised medicine.

Second, then as now, new countries are staking their claim to this emerging industry. Although media attention is focussed today on the successes and failures of US and European companies, the vaccine producers for poorer countries may well come from outside this group. Similar to the involvement of US in the development of antibiotics, we see Indian firms leading in the manufacture of vaccines for researchers in the West. Chinese Research labs and universities are involved in clinical trials on 4 of the 5 leading Coronavirus vaccine platforms. China and Russia have also led the effort to supply vaccines to the poorer world. Some estimates suggest that 424.3 million doses of SinoVac have been supplied by China to 27 countries which include Philippines, Indonesia, Turkey, Egypt, Brazil, Chile and Venezuela. Similarly 388.1 million doses of Sputnik V have been distributed to 20 countries including India, Uzbekistan, Hungary, Mexico and Argentina.

Third, then as now, universities needed companies to manufacture the antibiotics and scale up their production. The US and UK governments supported the mass production of natural penicillin before World War II and many national governments intervened directly to ensure commercialisation of antibiotics in the public interest. Today, university-industry relations are more institutionalised while governments are active in procurement. The lack of public intermediation in production may have skewed some choices and prompted more experimentation. Oxford University agreed to give Astra Zeneca an exclusive right for its vaccine on the condition of cost-plus pricing which ensured the vaccine was available to all countries at $3 a dose. Imperial College also engaged in clinical trials for a potential vaccine and have announced a different delivery mechanism. Together with funding from a venture capital fund, they have set up a social enterprise that will deliver vaccines at cost. When we consider vaccine delivery for poorer countries, international organisations like WHO’s COVAX, CEPI and the GAVI alliance may play a larger role—perhaps taking over the role that national governments played in the inter-war period.

When the dust has settled, the COVID vaccine race may turn out to be the finest hour for universities who have embraced the third mission of socially useful research. In the last three decades, many developed and developing countries have implemented strategies to support the application or commercialization of knowledge produced by public research organizations. If the success is inspiring, the difficulties of COVID vaccine delivery underline the long way we still need to go to evolve a successful delivery mechanism of public research for maximum social value.

Suma Athreye is one of the Editors of ‘Harnessing Public Research for Innovation in the 21st Century’ alongside Sacha Wunsch-Vincent and Anthony Arundel.

About the Author: Suma Athreye

Suma Athreye is Professor of Technology Strategy at Essex Business School, London. She has worked on several areas of technology management, including research on the technology-related activities of multinational enterprises, as well as the technology licensing behaviour of firms. Her recent work has been on the incentive effect of patents on firm...